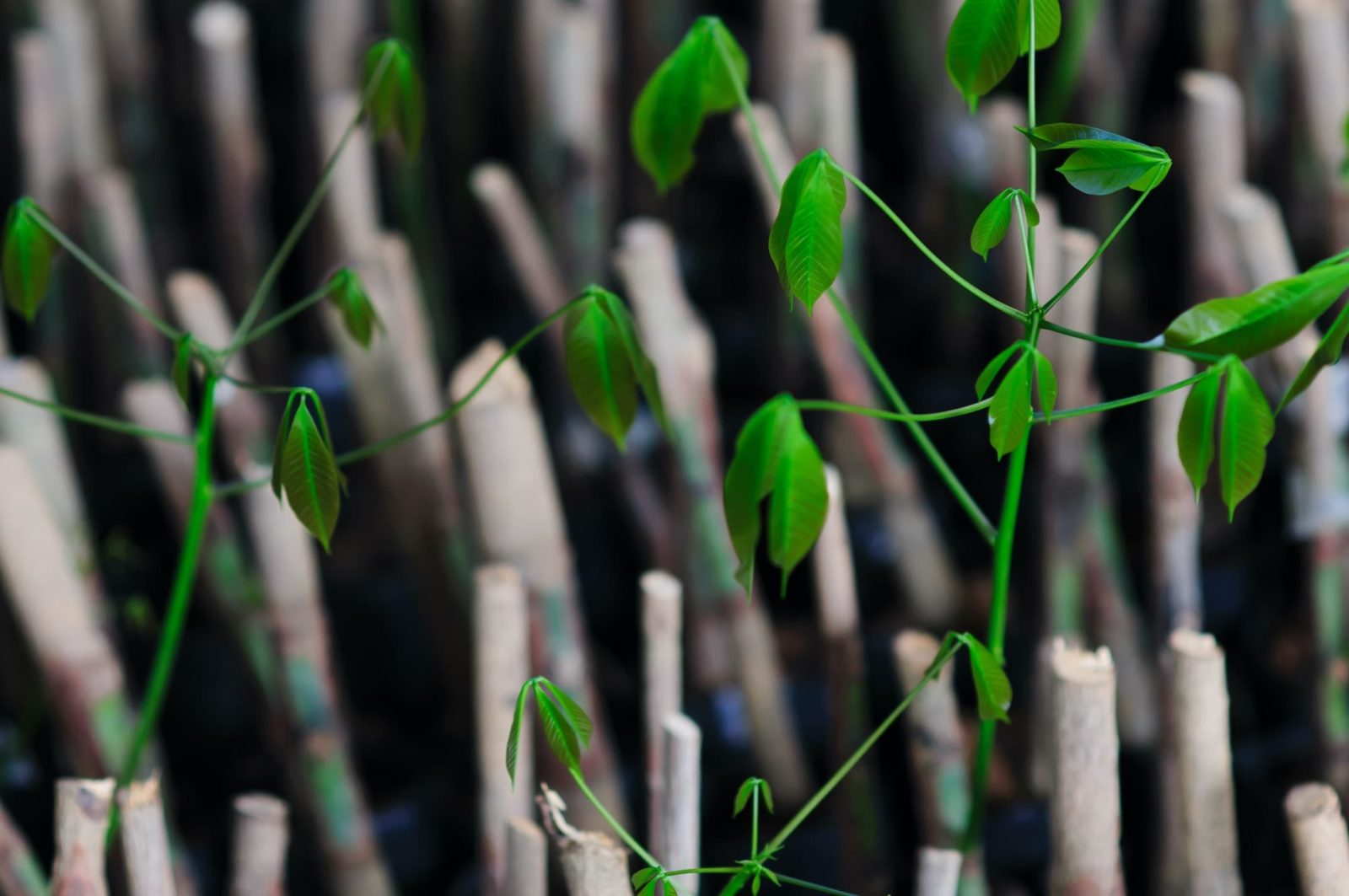 Chip budding is a means of grafting (ie growing new trees) by attaching a bud to a rootstock and then letting it flourish to form a tree.

It is a celebrated horticultural method that can also be used for expanding a collection of growing garden roses. Not only that, but it proves an extremely efficient form of forming a new tree since you only need the one bud to get results. More importantly for the amateur gardener, it’s also one of the easiest forms of grafting there is.

The kind of trees that respond particularly well to chip budding are those which are deciduous and grow fruit, such as apples, pears, plums, cherries and other trees in the rose family. This method of grafting can also work well on ornamental trees such as Magnolia trees and Acers.

The following is a step-by-step guide to the process of chip budding that hopefully inspires you to set out and tackle growing your own favourite tree from a bud.

This is only a general guide, of course, and for those who aren’t confident on the subject of chip budding – or feel they could benefit from more guidance in the form of direct instruction – then you will find many courses on the subject, including those run by the Royal Horticultural Society (RHS).

How to Chip Bud

The chip budding technique involves attaching a bud onto a sliver of wood (which should still have its bark) and inserting it inside the rootstock in a previously cut-out notch. If you’re just starting out then it’s possible to buy a rootstock from a nursery, as well as raise one from cuttings or seed.

There are various types of rootstock to choose from. You can buy one that is known for its resistance to root disease, for instance, or another that is easy to propagate. Some rootstocks will form more compact trees (proving ideal for smaller gardens).

Pick the buds you’ll want to rootstock then remove from their existing plant, ensuring there are no leaves left. For the rootstock itself, make sure there are no shoots or leaves on it and cut around one inch from the bottom of the stem. This should all be done towards the end of autumn in October and November.

Now, with a knife, cut two cm underneath a bud at an angle of around 30 degrees. A second cut should then be made four cm above this. The cuts should meet.

Now put two cuts into the rootstock about 15 cm from the ground and matching those on the chip bud. Remove the slither of wood this creates.

Place the bud chip into the ‘lip’ of the rootstock to create a ‘join.’ Now bind this tightly with grafting tape or strips of polythene – the idea being that the bud and leaf stalk should remain exposed to the elements.

Once the bud begins to swell remove the tape and put a cane and tie in the new shoot as it grows. Trim the root stock above the bud shield in order to encourage more growth.

It’s essential to both cut accurately and get the layers to match on the bud chip and the rootstock. Otherwise, the ‘budding’ may not take. You could improve your chances of a successful ‘budding’ by planting more than one bud at a time in the belief that at least one bud should start to develop.

Another problem could be removing the bud ties too early. Wait until the budded part of the stem starts to swell, indicating that the join between the two has been successful. If the bud shrivels then you will be able to tell straight away that the chipping technique hasn’t worked.

When is the best time to chip bud?

A root stock can be chip budded anytime from late summer to the beginning of winter.

Is chip budding the same as T-budding?

No, T-budding is completed in summer (May to June and July to the first week in September) when the bark ‘slips’ ie separates easily from the wood. The rootstock is one year old or a rooted layer.

Chip budding is achieved when the bark isn’t slipping and can be done in the spring. And, unlike T-budding, tape is needed to keep the bud in place.

Once I’ve perfected the technique can I bud most plants?

It’s a nice thought – but no. Some plants simply don’t respond to grafting and others will only do so with certain species they ‘recognise.’

When cutting should it be a single clean cut or a sawing motion?

Definitely a clean cut; employing a sawing motion will actually prevent the plant grafting as well as it could, with the result it could result in the failure of the overall procedure.