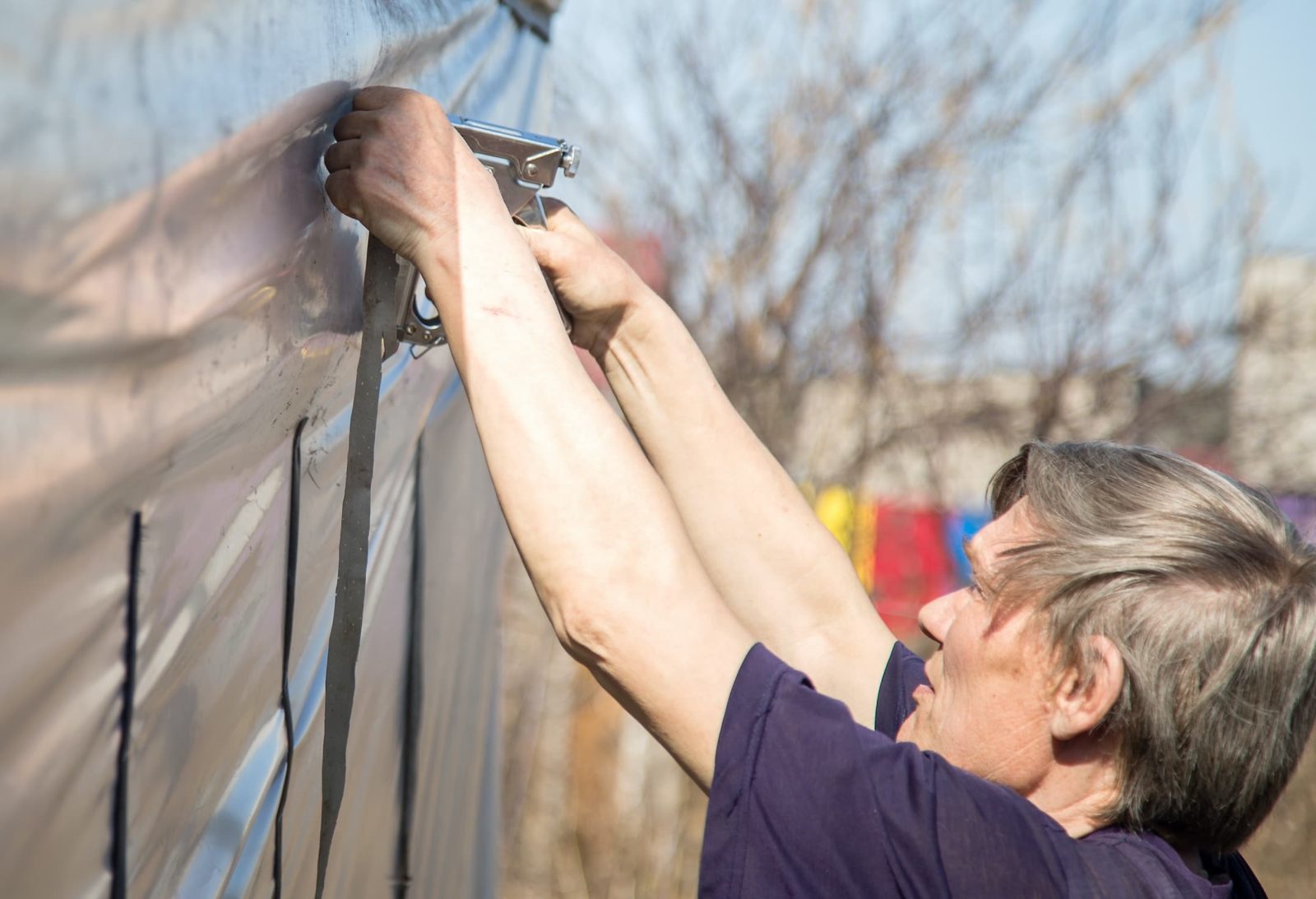 There are plenty of jobs around the house and garden that require the use of a stapler. An electric staple gun makes these tasks much quicker and easier to accomplish.

Using a traditional stapler might not be particularly complicated, but depending on the type of material you’re stapling, it can take a lot of effort. An electric staple gun makes things much easier since the power needed to attach the staples is provided mechanically.

Things to take into consideration when you’re buying an electric staple gun include staple capacity, type of grip, the size of staples taken and the power of the battery.

We’ve rated some of the UK’s best electric staple guns currently available. In addition to covering their key features, we’ve also looked at their pros and cons, so you can make a fully informed decision.

The Bosch PTK 3.6 Cordless Tacker is our best pick and would be perfect for a variety of jobs around the house.

It has a comfortable grip that gives you plenty of control over it and the push and release system means you can get very precise positioning with the staples. You can insert up to 100 staples at a time, so you don’t have to worry about needing to refill part way through a job.

It has a 3.6V lithium-ion battery, which is plenty of power for an appliance of this size. A fully charged battery will allow you to use more than 400 staples before it needs to be recharged. There’s an LED signal that lets you know how much charge is left too, which is very handy.

You can purchase this as either the unit on its own or with 1000 flat wire staples included for a small additional cost. It’s suitable for use on materials including cardboard, fabric and wood.

Overall, this is an excellent staple gun that ticks pretty much every box you’d want – It’s comfortable to hold, has plenty of power, is simple to refill and is very easy to use.

A versatile stapler at an excellent price

Our value pick is the Hi-Spec Electric Nail Gun. This works with both nails and staplers, making it a very versatile product that you could use this for a wide range of DIY projects around the house and garden. The fact that it’s corded means you get plenty of power too.

It’s comfortable to hold and at just 470g, it’s very lightweight, so you don’t have to worry about your arm getting tired with prolonged use. The power cord is 1.9M long, so you have plenty of movement, even if it’s not quite as convenient as a cordless gun.

The trigger is very large and easy to use and there’s also a safety lock to prevent accidental discharge. You get 400x 10mm staples as well as 100x 14mm brad nails included for the price.

It’s worth noting that some reviewers did have problems getting this product to work properly, particularly the stapling functionality.

A powerful staple gun with plenty of accessories included

The VonHaus Cordless Electric Staple Gun is powered by a 3.6V lithium-ion battery, so you get plenty of power and on a full charge, this gun can get through 400 staples.

It’s very easy to reload and the ergonomic handle and lightweight design mean it’s comfortable to hold for prolonged periods. The fact that it’s wireless also makes it great for using in tight spaces or outdoors.

It comes with a very generous 1000 nails and 1000 staples included, so you don’t have to buy them separately as is the case with many guns. The magazine can hold up to 50 nails or 100 staples at a time.

Overall, this is a good quality and easy-to-use staple/nail gun that would be suitable for most uses around the house.

The Tacwise Electric Staple/Nail Gun is another wired gun that would be suitable for using for plenty of tasks, including upholstery, decorating and underlay.

It’s compatible with type 140, T50 and G11 staples as well as 15mm 18G nails. It’s comfortable to hold and weighs 998g, meaning it’s quite lightweight for a combined nail/staple gun.

The single-shot trigger makes this very easy to use and there’s a safety switch, so you don’t have to worry about it accidentally discharging.

You can buy this model either as the gun on its own or with nails, staples and a remover included, although the latter option does cost considerably more.

Overall, this is a very capable and reliable staple gun that’s perfect for using for small DIY projects around the house. Some reviewers did have problems with this gun when using it for more heavy-duty projects, so this is worth bearing in mind.

Lastly, we’re going to look at the Stanley Heavy Duty Staple Gun. This product has plenty of features that make it an attractive choice if you’re looking to take the strain out of stapling.

It features an ergonomic handle that’s very comfortable to grip and the anti-jam feature is very welcome, as this can often be an issue with staplers. It’s very easy to load new staples and you can easily adjust the height depending on what type of materials you’re working with.

Because this is a wired device, you get plenty of power, making it excellent for those who have small hands and find it difficult to apply a lot of pressure, as you often need to with a regular stapler.

The downside to it being wired is that it isn’t quite as convenient to use as a wireless gun – since you will need to find a nearby plug socket to power it. There is plenty of cord though, so this isn’t too much of an issue.

Overall, this is a good quality staple gun and would make a good choice providing you don’t mind that’s not wireless.

You want to make the right decision when purchasing a staple gun so you’re not disappointed. Below are some of the main things to consider –

Size and weight are certainly important considerations when choosing an electric staple gun. Because you’re going to be holding it in one hand, you want to choose a gun that’s going to be comfortable to grip and not too heavy when using it.

Most staple guns are designed to be comfortable to use, but some are more comfortable than others, so you should certainly take the size and weight of any models you’re considering into account.

Another important thing to consider is the size of the staples a gun can use. Staples come in a lot of different sizes, depending on what type of project you need them for. A lot of guns will allow you to use different sizes of staples, but you still want to be sure that you’ll be able to use the size you need.

Electric staple guns are either wired or battery powered. There are pros and cons to both types of stapler. A battery-powered gun is going to give you much more freedom and generally be easier to operate since you don’t have to worry about a trailing cable. The downside to battery-powered staple guns, however, is that they generally don’t have as much power as a wired gun.

With a wired staple gun, you have plenty of power, which is great when you’re working on more heavy-duty projects. They are a bit more of a hassle to use due to the cord, however.

Electric staple guns can be quite dangerous, especially when they also fire nails. This being the case, you want to make sure that any staple gun you’re considering has a safety switch to prevent accidental discharge.

The Benefits of An Electric Staple Gun

When using an electric staple gun, you simply put the head of the gun over where you want the staple to go, press the trigger and staple will be released into the material.

Another benefit of an electric staple gun compared to a regular stapler is that it requires less effort to use. If you use a manual stapler, then you’ll need to use a considerable amount of effort, particularly if you’re stapling to materials like wood.

An electric stapler takes the effort out of the work while still allowing you to achieve the same results. This makes them a great choice for people who don’t want to or aren’t able to exert a lot of energy when using one.

Safety is always going to be a concern when you’re using a tool that can fire out sharp objects, but most staple guns have a safety feature so they cannot be activated accidentally.

There’s also the fact that electric staple guns don’t use the same level of force as a pneumatic gun. This makes them safer to use as well as being better for using with more fragile materials that could break under too much pressure.

Often electric staple guns will also be capable of firing nails. This makes them extremely versatile for plenty of DIY projects around the home, where using staples might not be appropriate. 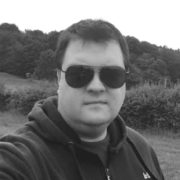