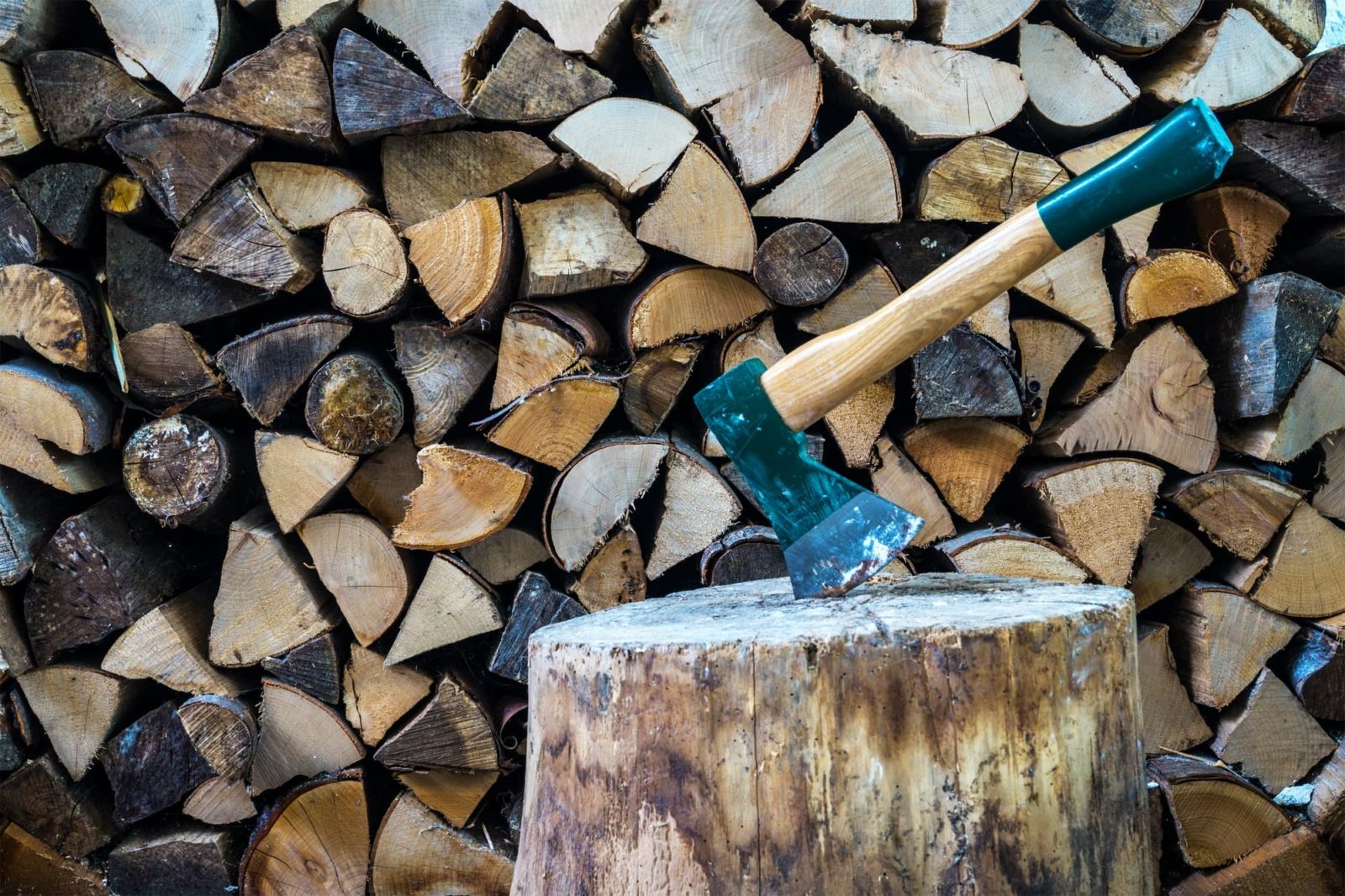 The Best Compost Aerators For Turning Your Compost Pile

Don’t have a chainsaw and run out of logs for your wood burner?

Well, don’t panic – because there are other ways to cut logs without mechanical intervention.

It may take you quite a bit longer and there will certainly be more physical exertion involved, but just think how satisfied you will feel when you arrive home with a trailer full of logs. And then you can give yourself a well-deserved pat on the back too for saving all that money in heating costs.

After all, our ancestors still managed to fell, prune and cut the branches from trees before the chainsaw came into common use. The type of traditional tools they employed included at least five different types of saw such as crosscut and hand saw, as well as an axe and – if the wood was very dry – snapping off the wood by hand.

In this article we will outline some of the more common manual saws used to cut wood, together with a few other ideas which, if you are stuck without not just a chainsaw but any saw at all, may just be worth trying out:

Best saws to work with wood

This type of saw produces a smooth finish to your wood cutting. The teeth on the blade are alternatively angled (crossed) so that it cuts in a similar seamless fashion to a knife-edge.

The best crosscut saws are those with an ergonomic handle and which match the size of your hand. This will make the saw more comfortable to hold and allow you more control over the cutting action which, in effect, means a more precise cut.

Crosscut saws with a thick blade will result in a very powerful cutting action whereas a thinner blade provides more flexibility.

Small, portable and hand-held, a bow saw is great for cutting through smaller branches from trees. These saws have a curved frame (hence its name) which holds the blade straight and whose tension can be adjusted.

Length-wise bow saws range from around 14 inches long up to 30 inches for tree cutting and felling. It’s possible to buy bow saws with different blades so that the saw is better suited to particular tasks. Those with a peg tooth blade, for instance, are better for cutting dry wood for a log burner.

Meanwhile, the teeth on bow saws tend to be very sharp so it’s a good idea to always buy a protective shield and to use a knuckle guard when cutting if possible.

Very light to carry around, a wire saw consists of a loop of metal wire or cable which is slung around the branch of a tree and pulled then pushed in a repetitive sawing motion until it cuts right through the branch. In this way then the wire itself works as the blade.

The wire can be a single strand of metal (which can have abrasive substances added to make it rougher) or several strands braided together to form a cable.

Often used by those who love to camp or embark on survival expeditions, the folding saw is another piece of portable cutting equipment which is very easy to carry. This isn’t just because it’s light, but also because it’s pretty small in comparison to other types of saws around.

Small enough to be held by hand, and more like a sharp serrated knife, than a saw, the folding saw is excellent for cutting large tree branches into smaller logs for the fire.

Typically larger than the folding saw but smaller than a crosscut saw, the hand saw is also referred to as a panel saw. Like the axe, the hand saw has been around for millions of years, with images of it discovered on Egyptian hieroglyphics.

A hand saw specifically designed for wood usually has a long wide blade which is joined to the handle. Blades usually range in length from 380 mm to 600 mm and were traditionally produced with crosscut teeth or rip teeth. The former cuts wood across the grain and the latter cuts along the grain.

Today most hand saws are capable of cutting both ways and have a blade which is referred to as having ‘utility teeth’. Many have a ‘closed pistol grip handle.’ This doesn’t only support the blade of the saw but also protects the user’s hands from slipping out and onto the blade.

Other tools to cut through wood

Cutting with an axe

A tool used by woodcutters in traditional children’s fairy tales, the axe has actually been around since the Stone Ages. The fact it’s still in use today testifies to its ability to get the job done. Most axes you can buy today are lighter and smaller than their predecessor and are designed so that they split the wood along the grain. Their tapered head – which is also weighted – helps to split and then separate the wood.

To split down logs you will need to use what is referred to as a basic splitting axe. Its wide, wedge-shaped blade is perfect for splitting logs. If you’re starting from scratch and actually want to fell down a live tree then you’re better off using a sharp and heavy felling axe. You can buy an axe these days with wood, fibreglass or plastic handles depending on which you find easiest to grip.

Unless you are some kind of celebrity karate champion who chops wood while wearing what appears to be belted PJs, then this really isn’t advisable – unless the wood is so old, dry or rotted that even a child could break it.

In the case of the latter, get them to place the wood on the ground then stand on it and pull it. Adults can hold the wood against a flat surface, such as a bench or table, and then break the wood against the edge of the furniture.