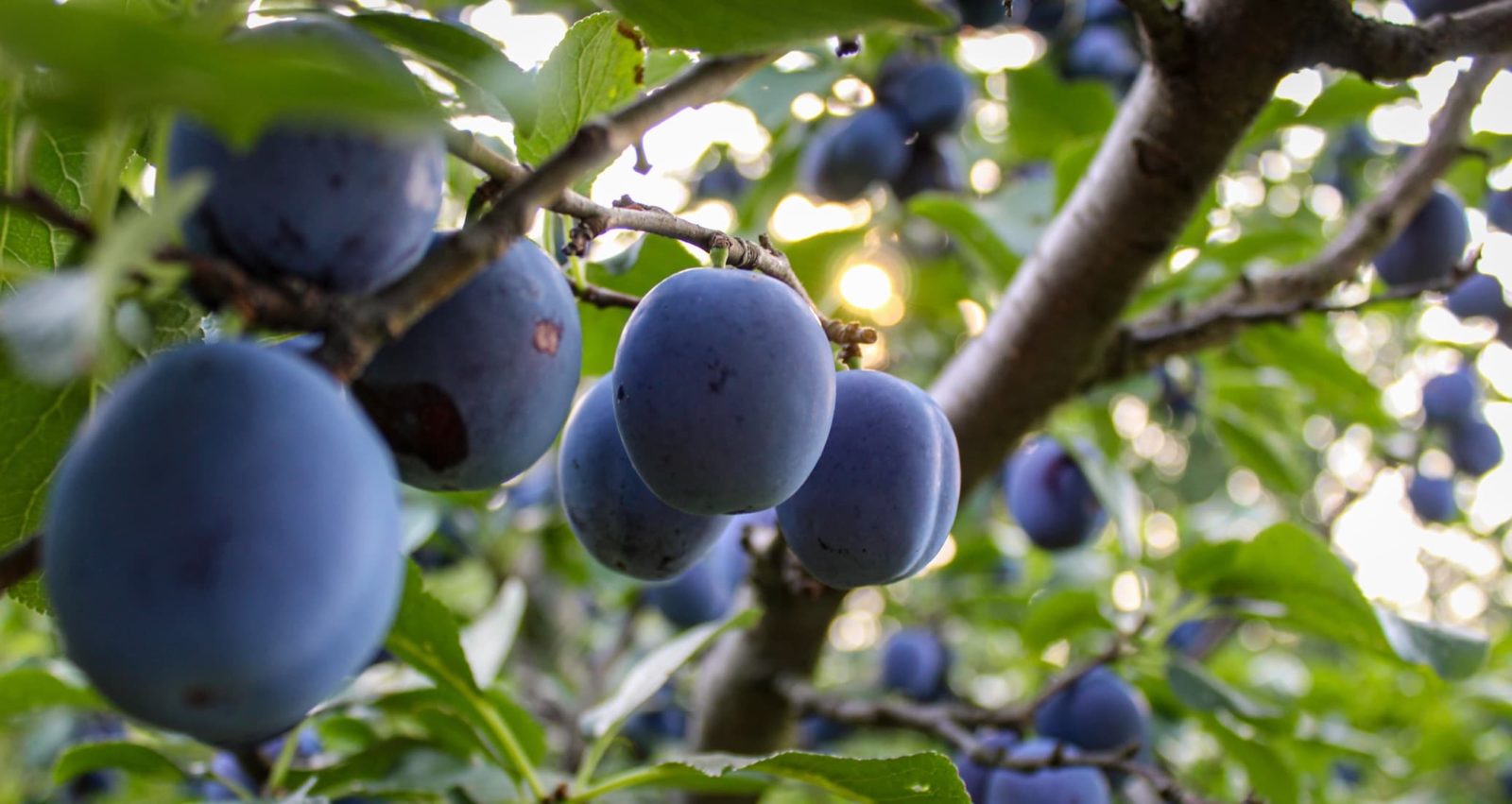 Fruit trees are great plants for a relatively low maintenance garden. Often, once established, they will require little care, But pruning is one important job to take care of.

Learning when and how to prune the different trees and other plants in your garden is important, since for many species, pruning correctly can help keep them healthy and productive over time.

Plum trees are a little different to apples, and many other common trees when it comes to their pruning requirements. So here is a guide to help you work out what you should do to your plum tree, and when.

Why Prune a Plum Tree?

If you have a productive plum tree in your garden, you may wonder why you need to prune it at all. You might be thinking – ‘if it isn’t broke, don’t fix it’.

But if you fail to prune a plum tree, you may find that issues begin to creep in. And your productive plum may develop problems and become less productive over time.

Plum trees need to be pruned for a number of reasons, including to:

When To Prune a Plum Tree

No matter your reasons for pruning a plum tree, and regardless of what you hope to achieve, it is important to prune at the right time.

Plums should be pruned in late spring, or over the summer months, and not in autumn or over the winter. Since many other trees are best pruned over the dormant period, this is one thing that sets plum and other Prunus trees apart.

Spring is typically the best time to prune young trees. And it is best to prune established trees in the middle of summer.

The reason why it is not a good idea to leave the pruning of plum trees until colder weather arrives is that pruning during cold and wet periods can make it more likely that disease will take hold.

Plums pruned in autumn or winter are more likely to become infected with silver leaf disease. This is a fungal infection that can kill off branches, or even kill the tree altogether in extreme cases.

If your plum tree is in a standard or bush form, then pruning will generally only be light, for general maintenance. A maintenance prune will, first of all, involve checking over the tree, and looking for the ‘three D’s’ – removing any material that is dead, damaged or diseased.

You will also remove any branches which are rubbing against one another, and any that are unbalancing or disrupting the visual appearance of the tree’s form. You may also remove branches to open up the centre of a tree a little more to let the sunlight through. But pruning will generally be fairly light.

One other thing to note is that on grafted trees (most fruit trees are generally grafted – with a scion grafted onto a rootstock) you may find suckers coming from the rootstock. These, you will also want to remove.

Pruning for Shape and Form

Plum trees can also be shaped into specific forms. Where this is the case, the pruning job will be slightly more complex, as you will prune not just for general maintenance, but to maintain the shape and form.

Plum trees can be:

If you have a pyramid-shaped plum tree, it will typically be kept to between 1.8m and 2.4m (depending on the rootstock that was used).

During the first summer, you should wait until July, and then shorten new branches to 20cm, cutting each one above a bud which is facing outwards. Side branches should be cut back to a bud at around 15cm. The central leader should then be trained and tied into the stake.

In following years, you should cut back the central leader by two thirds each April, repeating annually until the tree has reached the height optimal for its rootstock.

After this, the central leader should be trimmed back each May to keep the tree the same height.

Vertical shoots competing with this central leader should be removed in late June.

Then, towards the end of July, branch leaders should be pruned to around 20cm, and side branches to around 15cm in length.

If your plum tree is trained into a fan shape against a wall or fence, pruning will be complex at first. But is easy to manage once you have the initial fan shape. The specifics of pruning a fan trained tree will depend on the tree initially purchased, and its stage of growth.

For established fan trained plum trees, tie shoots into the framework where there is space to do so. Get rid of shoots growing into the wall or fence, and any that are too crowded. Take back all remaining new shoots to around six leaves.

Then, after fruiting, cut back to three leaves to create a spur on which fruits will form next year. Cut out strong upright shoots where these develop on vigorous plum trees entirely if they cannot be tied into the framework.

It is also a good idea to ensure that there is new wood but cutting back a couple of older, fruited branches to a vigorous new shoot after harvesting. And to tie that new shoot into the supports in place of that older branch. For plums that are harvested in autumn, it is best to leave replacement pruning of this type until spring.

Cordon or columnar plums are an excellent solution for particularly small spaces. To prune these, once they have reached the desired height, cut back the leader to around 1.5cm each May.

Established cordon plums should then be pruned in July/August. Cut off the shoot tip of each lateral spur to leave around 6 leaves. After the harvest, prune back to three leaves to leave the fruiting spurs.

If you have a large and neglected mature plum tree in your garden, you may wish to prune a little more vigorously to reduce size and improve the health and productivity of the tree. But it is important to undertake renovations slowly, over a number of years. Pruning back a plum tree too hard can do more harm than good. So take things a step at a time.

If there is an area of bare wood, pruning to a bud above this area may encourage new growth. It may stimulate buds that have become dormant – though there are no guarantees. You can also notch just above a dormant shoot where you want to encourage growth to try to spark it back to life.

Primarily, with a large mature tree, you should aim first and foremost to ensure an open canopy, and to remove dead, damaged or diseased material. Try to prune back to natural forks in the tree to avoid leaving messy stubs.

An old gardener once told me that you should prune an old fruit tree to reduce congestion over time, so that a pigeon can fly through between all the branches.