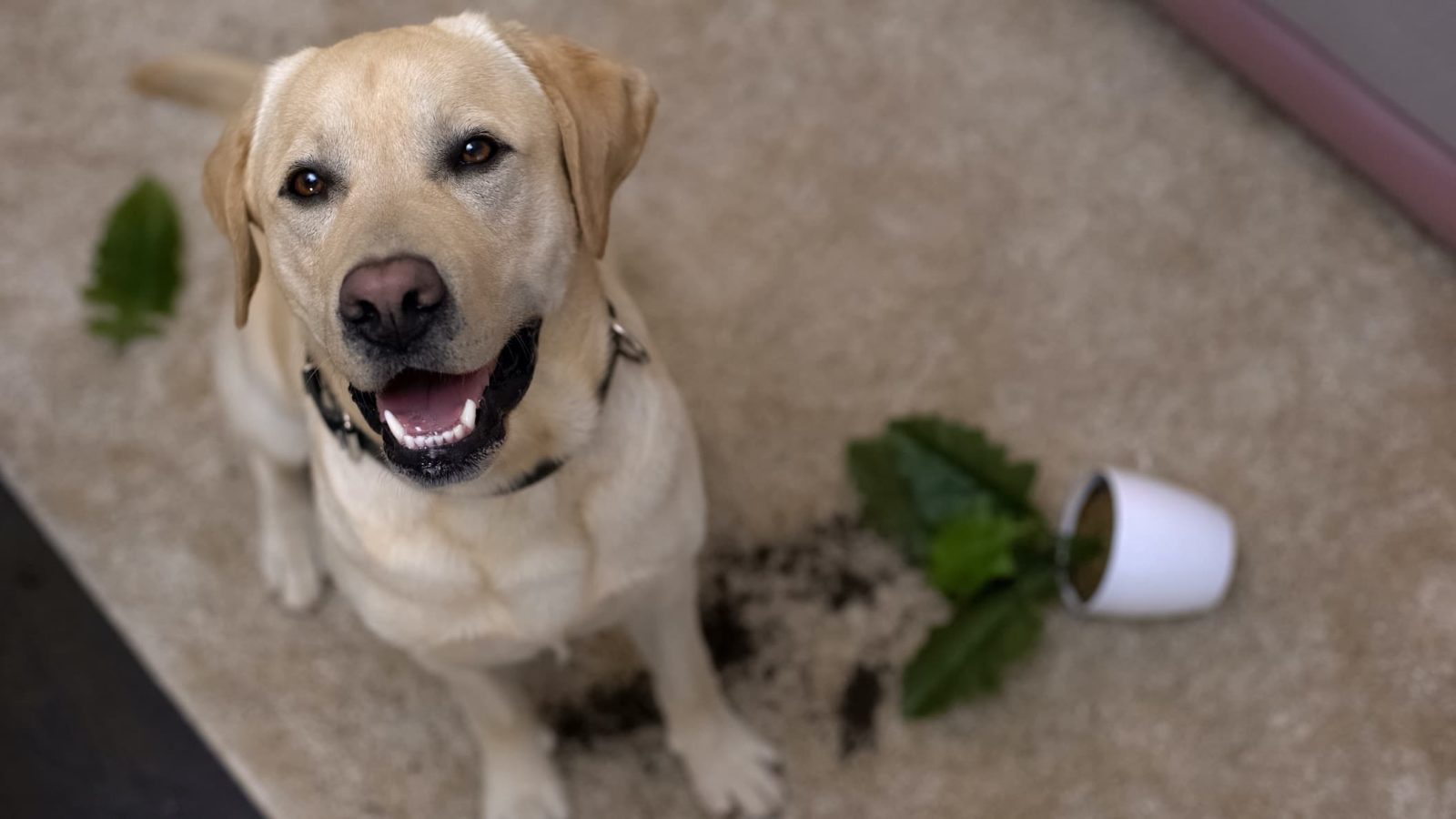 When Are Gooseberries Ready To Pick?

Brighten up your home without endangering your four-legged friends with these pet-friendly plants for inside and out.

There’s nothing like a little plant life to inject some intrigue and enthusiasm into a home. Whether it’s embellishing your manicured lawn with fringe flowers and ferns or adding a splash of colour and charisma to an indoor room, plants are a sensational method of making your house and its surroundings come to life.

Of course, pets are another way of bringing energy and emotion to your household – but the two don’t always play well together. The inquisitive snouts and perma-hungry bellies of dogs and cats often mess up your pristine displays, but you could have far bigger problems on your hands if the botanic specimens they ingest turn out to be toxic to them.

There are a surprising number of common flowers and plants which are poisonous to animals, with azaleas, bluebells, buttercups, daffodils, foxgloves, hyacinths, irises, lilies and tulips causing varying degrees of discomfort for cats and dogs. In the most serious cases, they can even prove fatal – and that’s just a starter list of troublesome plant types.

If you suspect your cat, dog or other domestic animal has ingested a plant that’s dangerous to them, call Animal PoisonLine immediately on 01202 509 000. As the UK’s only dedicated 24-hour service to help concerned pet owners, they can dispense invaluable advice that could save a life. If the situation seems even more urgent, take the affected animal to your vet as soon as possible.

Fortunately, not all flora is potentially harmful to your fauna and with enough care and forethought, you can adorn your home (and the gardens surrounding it) with a rich and varied display of plants that will catch the eye of any visitors to your residence.

The following suggestions merely scratch the surface of species that are available to pet owners, but they should at least give you a jumping-off point to begin your pet-friendly garden or houseplant project.

Bamboo has risen in popularity in recent years, since it offers a clean and modern aesthetic for homeowners wishing to create a living screen from natural materials.

It’s famously preferred by panda bears as their favourite foodstuff and you might find that your cat or dog enjoys sharpening their teeth on its brittle stems, as well.

Thankfully, it’s completely non-toxic to animals and won’t cause any bigger problems than gnaw marks on your neatly arranged display.

Whether grown indoors or al fresco, bromeliads add vibrant colours to any environment they adorn. They’re hugely popular in homes all around the country due to the oversized shape and rubbery texture of their leaves and the fantastic floral blooms which thrive even during the winter months.

They also don’t require a whole lot of sunlight to prosper, which makes them a great option for gardens or rooms without an abundance of natural light. Best of all, they won’t do any damage to felines or canines.

Commonly known as butterfly bushes, buddleja have tapered cones of tiny flowers which contain an astonishing amount of nectar. It’s unsurprising that they’ve earned that moniker, then, since they’ll attract butterflies, bees and other pollinators to your garden in their droves.

As well as encouraging wild biodiversity in your back yard, they won’t negatively impact the domesticated variety that you count among your household, either, making them a great choice to brighten up a garden that is home to cats and dogs.

Burro’s tail (or donkey’s tail) is a low-maintenance succulent that will do well in almost all environments.

The trailing nature of its foliage means it’s especially attractive when dangled out of a hanging basket – but humans aren’t the only ones who find the spectacle a pleasing one.

Cats love to make a game of batting the leaves with their paws, sometimes dislodging them and causing them to fall to the ground.

Don’t worry, however, if they decide to give their fallen prey the taste test, since burro’s tail is not toxic to animals at all.

There are few plants out there which offer such strong tones as the palette provided by a blooming Busy Lizzie.

Whether it’s the purity and brilliance of white, the seduction and style of pink and purple or the shocking and striking nature of scarlet, a Busy Lizzie’s floral display is guaranteed to turn heads.

Again, that attraction isn’t restricted to the human race, with cats particularly enchanted by their beauty, but their non-toxic nature means your feline friends can explore at leisure.

Have you ever heard the saying that dogs and cats aren’t just for Christmas, but the whole year round? Well, the same is true for the plant life under your care – but some specimens really do come to life during the festive season.

Christmas cacti are one such example, with these delightful little succulents blossoming in the dead of winter. For those looking to find some cheer during what can be quite a hostile season, Christmas cacti make a charming and harmless addition to your indoor display.

Geraniums provide a similarly bold and bright aesthetic to Busy Lizzies, but their floral blossoms are noticeably bigger in size. As such, they make a perfect choice for filling out a border or covering up an unsightly corner of your garden.

They’re not poisonous to pets at all – but you should take care to ensure that you don’t mistake pelargoniums for geraniums. The two varieties share many characteristics in common, but a non-threatening nature towards animals is not one of them.

The unusual shape and texture of Lamb’s ear is what makes it such an attractive addition to many gardens. However, its velvety appearance leads many people to believe that it would be deadly to dogs and cats if they ingest it.

While that’s a misconception – Lamb’s ear is not dangerous to hungry housepets at all – it’s one that’s often shared by our four-legged companions, which means they’re more likely to turn their nose up at it than gobble it down.

That’s a win-win for the health of both your pets and your plants.

While the name “nasturtium” might suggest that this colourful plant could have an adverse effect on the stomachs of any animal which ingests it, that’s not the case.

Indeed, their blooms can even be added to salads to enhance the culinary zest of human dishes, while their easy-going nature means they can be cultivated with the minimum of fuss outdoors during spring and summer and indoors all year round.

Just be wary, however, that the pollen inside their blossoms can prompt an allergic reaction in some breeds of cat and dog, so a sniffling pet after a newly planted specimen could be a signpost of such an outcome.

Orchids are another flower whose blooms are not only non-toxic, but they’re actually a prized ingredient in some cuisines.

Their edible nature and eye-catching colours mean they’re often used as a garnish for cocktails, salads and other tropical dishes, while orchids won’t harm your pets, either.

The same cannot be said of the reverse relationship, however; the fragility of their stems and leaves means that an orchid display can easily be destroyed by an overzealous dog or cat. For that reason, it’s advisable to place them on shelves or tables when arranging in the home.

Often regarded as the most romantic variety of all flowers, you can rest assured that any relationship between the roses in your garden and the pets in your household won’t end in tears.

Not only are they non-toxic to pets, but they’re fairly easy to grow in most conditions, which is why they’re such a popular fixture among English country gardens.

While they don’t contain any substances which can damage the stomach of a peckish pet, their thorny stems can easily penetrate the soft flesh on the pad of a dog or cat’s paw, so be mindful to ensure they don’t get trampled underfoot.

Despite their ferocious name, snapdragons won’t actually do any serious harm to a pet that swallows it whole. Indeed, the spiky floral blooms are irresistible to other important animals like bees and butterflies, stimulating biodiversity in your home and improving the sustainability of its infrastructure.

They prefer warmer climates but can withstand drops in the mercury once they are fully established, while they’ll also thrive on indoor windowsills which receive sufficient sunlight.

Spider plants come in a wide variety of kinds, invariably offering bright but brittle foliage which will drape handsomely over the edge of their container.

In the same way that burro’s tail can be an object of amusement for cats, so too can spider plants – but there’s no need to worry if your moggy decides to use their palate as well as their paws to extend their fun.

Their low-maintenance nature – which allows them to perform really well even in low-light conditions – means they are an excellent choice for houseproud but workshy homeowners who want all of the aesthetic advantages of an indoor display with none of the legwork or labour.

The star of any floral show.

Characterised by its vigorous clusters of brilliant white flowers and deep green foliage, star jasmine is a popular choice for training up screens and trellises.

It can provide great coverage in such scenarios and also performs admirably in different types of light exposure, making it suitable for both indoor and outdoor displays. What’s more, pet owners needn’t fret about leaving their dogs or cats alone with it, since ingestion is not toxic.

Having said that, if animals are allowed to feast on their flowers unchecked, your pets will still likely experience gastrointestinal pains and vomiting, so don’t let them go totally to town on it.

It’s not difficult to see why Vincent van Gogh was so taken with sunflowers – and why the art world was similarly enamoured with his rendition of them.

Their tall, upright stems, topped by bobbing discs of brown encircled by rows of bright yellow petals, make them quite an arresting sight. Meanwhile, the fact that they can be grown in pots with the minimum of fuss means they are a great project to embark upon with younger members of the family in order to teach them about horticulture.

Hairier members of the household won’t be adversely impacted by their presence, either.

Although Venus fly traps are obviously fatal for insects and bugs, they’re virtually harmless to larger members of the animal kingdom. Indeed, anyone who has decided to test their mettle by proffering a finger to these ravenous and carnivorous specimens will know that they can’t do damage to bigger beasts.

That’s good news for furry members of the family, though not the creepy crawlies which call your house home, of course.