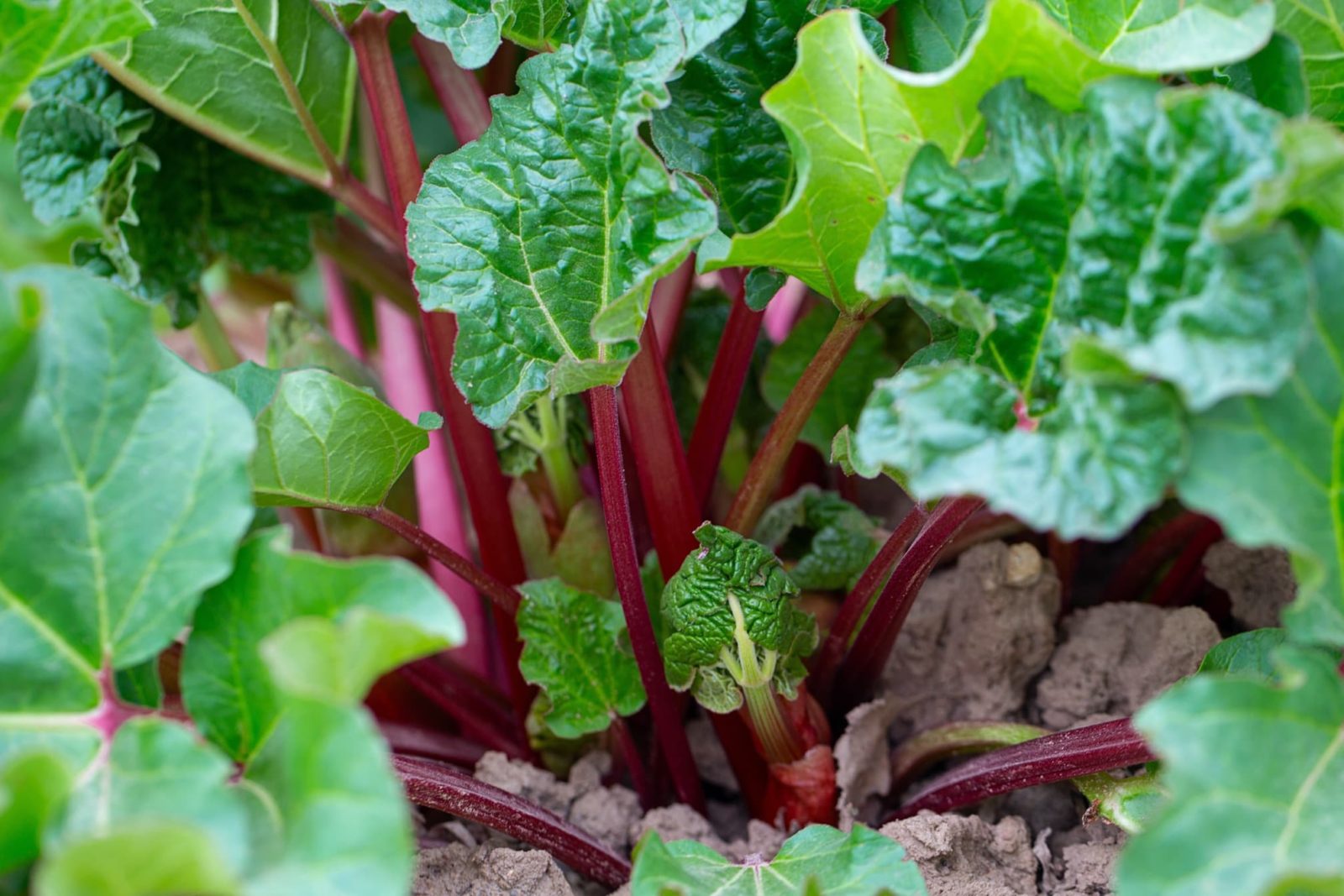 How To Grow Beetroot From Seed

As a reliable performer which can withstand the Great British winter with ease and returns each year without fail, it’s unsurprising that rhubarb is an increasingly popular choice in vegetable patches across the country.

Although ostensibly a vegetable, it’s invariably incorporated into culinary dishes in the form of a fruit, adding sweetness and tartness to pies, bakes, sauces, jams and other desserts.

Of course, we’re all familiar with Maris Pipers, King Edwards and Yukon Golds, but it’s less common for people to differentiate between varieties of rhubarb.

Speaking honestly, that’s because there’s a subtler distinction in the taste and texture of different rhubarb types.

Having said that, there are still discrepancies between the varieties, but these mostly revolve around the colour of the plant’s stalks and the optimal harvesting time of the cultivar.

Here are eight of our favourites for you to choose from the next time you’re looking to grow some rhubarb in your own back garden.

First sold commercially in 1945, Timperley Early is – as the name might suggest – one of the earliest varieties of rhubarb available, even without forcing. [source]

It can be harvested in early- to mid-April, and though it only produces medium yields, it’s a perennially popular choice because of the speediness of its growth.

The colour is a strong red, though it will fade to green in warmer climes.

Stalks are longer and thinner than some other options on this list, while the taste of the rhubarb is especially sweet.

As such, you may want to moderate the amount of sugar you add to a recipe when using Timperley Early rhubarb.

First introduced in 1837, this is one of the oldest rhubarb varieties on the market – and it’s still going strong due to its myriad attractive qualities. [source]

It is a dependable grower that produces heavy yields, while its strong stalks are a deep red in colour fading to green further towards the leaves and it holds an exquisite flavour.

The taste is slightly more bitter than others on the list, but it remains a favourite in Scotland where it is often used to make jams, marmalades and other preserves.

It will be ready to harvest slightly later in the season (think mid- to late-May) unless forced, though it does lend itself well to those who prefer to engage in that practice.

Dating back to 1895, the Sutton is hailed as having one of the best flavours of any rhubarb anywhere in the world. [source]

For that reason, it’s remained supremely popular for over one-and-a-quarter centuries and is freely available from garden centres and rhubarb nurseries up and down the country.

Another string to its bow is the fact that the Sutton can invariably be relied upon to produce a strong yield of stems of medium thickness, even if they do have a tendency to grow at an angle and can come in a spectrum of colours.

A late bloomer compared to others, the Sutton is ready for harvesting between mid-May and early-June.

As the name suggests, Stockbridge Arrow is immediately recognisable from the arrow shape of its foliage.

Developed in England during the 1960s, it’s a more recent addition to the rhubarb canon but one that’s no less popular for the recency of its arrival. [source]

In fact, many experts regard Stockbridge Arrow as the premium choice when it comes to cultivating rhubarb in a private garden.

That’s because it delivers strong and long stems which hold their colour longer than most and produce a delicious taste bursting with sweetness.

Another candidate for the position of strongest all-rounder, Glaskin’s Perpetual is favoured for its impressive flavour and extended harvesting time.

When most species have accumulated too much oxalic acid to make their stems palatable, this plucky individual is still good to eat well into autumn.

Its soft pink and green stem colouring puts some people off, but the sweetness of its flavour and the longevity of its picking season more than make up for those drawbacks in our opinion.

We’re not alone, either; Glaskin’s Perpetual is a perpetual favourite with amateur gardeners around the country.

Instantly identifiable by the brightness of its blood-red stalks, Canada Red carries a particularly sweet taste that means you won’t require quite so much sugar in your recipe.

What’s more, the pleasing contrast of the lush green foliage against the crimson stalks enhances the aesthetic appeal of your garden, too.

The plant generally grows up to about a metre or more in height and should produce harvestable stems for about five years before its powers will wane.

It can be harvested anytime between April and June, depending upon the specific plant in question and the conditions in your part of the UK.

This modern cultivar was bred in Britain with one explicit purpose – eliminating the summer dormancy to achieve a double harvest! [source]

For those who really love their rhubarb, then, it’s an excellent option, since it will allow you to enjoy the fruits of your labour once in spring and then again in autumn.

The stems themselves are full-bodied and reach around 60cm in length, while their succulent taste and stringless texture complete the attractive package.

However, you may have to wait up to two years after planting to reap your first harvest, depending on the maturity of the root ball at the outset.

Available to be harvested from April onwards, Champagne is one of the earliest rhubarb varieties out there.

Its stems offer up a beautiful colour whenever they’re picked, but you can encourage a gorgeous pink hue by forcing them or allow them to mature for a darker crimson.

Slender in girth and medium-sized in length, they’re often regarded as one of the best rhubarb types for forcing and indeed, one of the best to grow from a general standpoint.

Easy to grow and reliable to return with the same fruitful output each year.