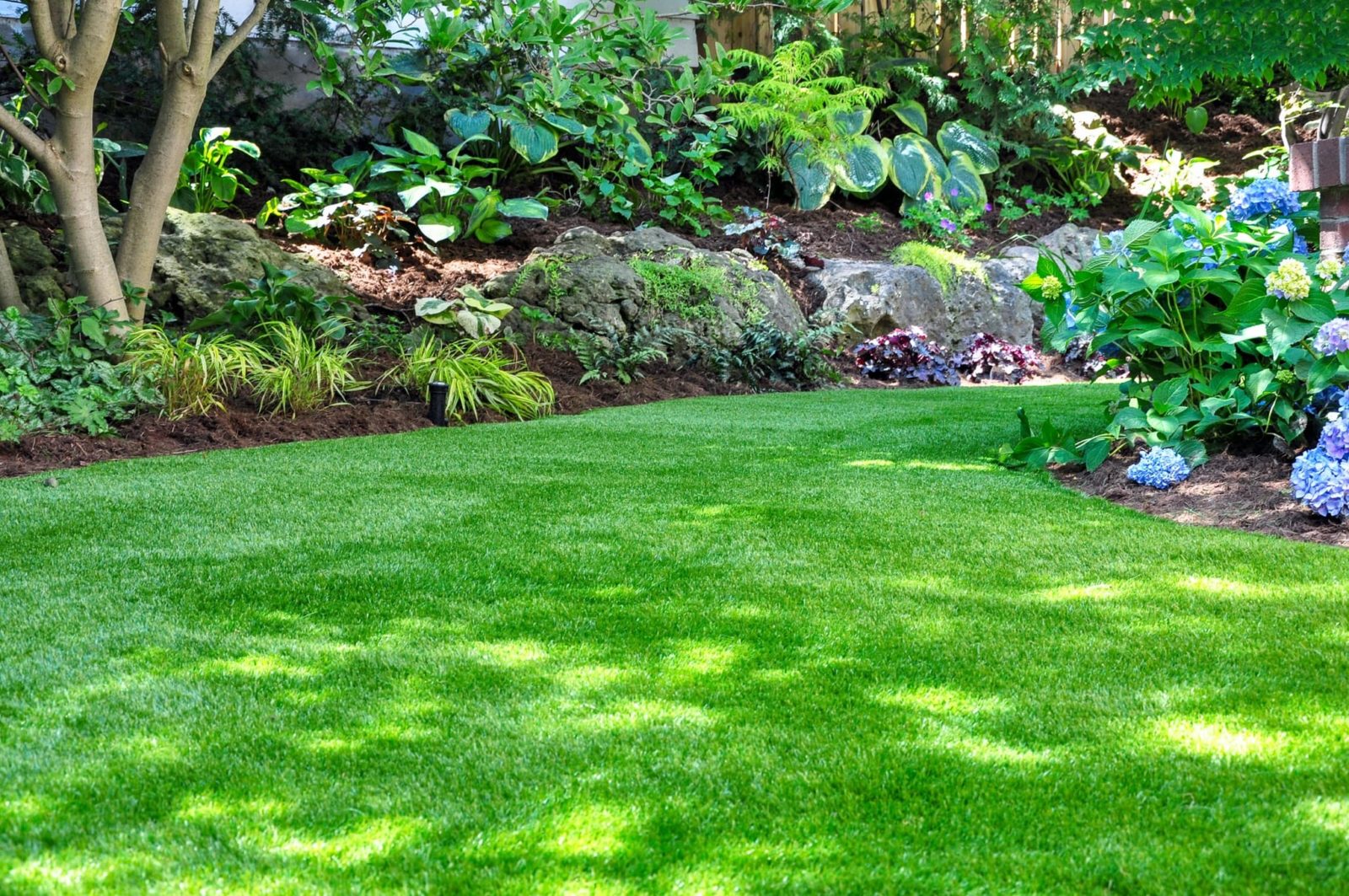 In the UK, we have an abundance of shade, cloudy days, and poor weather.

That’s not to say that our gardens don’t benefit from some glorious summer sun, but not all corners of our plant-bordered greenery will see the light that comes during the day.

It is more likely that our garden plants will experience an abundance of rain and shade during their lifetime.

As such, it’s important to know which plants can thrive in darker places so that a gardener may avoid creating a masterpiece of wilting petals and drooping stems.

To start, we will explore the world of ferns. This is a plant that many know the name of, yet homeowners may not recognise the huge variety of ferns that exist.

When we think of a fern, the image that comes to mind is a common one – long, reaching leaves that are made up of even smaller leaves, a fresh-looking green colour, a plant that almost looks like a weed.

If this is the picture you can see in your mind’s eye, you aren’t alone. There are several ferns that fit this description, growing in the most unlikely and darkest of places.

They’re a common sight in the woodlands of England and can be seen throughout the year. Ferns do not flower, but they can add a rather attractive accent to a blooming garden.

Common varieties you may recognise include the following:

A feathery fern with a multitude of leaves. Each long frond has a large number of lobes that consist of even more lobes. The frond droops towards its end, reaching down to the damp ground the Lady Fern has chosen to grow in.

Found growing through walls, rock-bound hedges, and in areas where moss grows. The Polypody Fern droops like the Lady Fern, but its lobes are not full of hundreds of other leaves. A beautiful shade of fresh green.

The Bracken fern is an interesting one. They grow only in woodlands, moors, and some types of land – usually those that are low-grade agricultural areas. They have a similar look to the lady fern and look absolutely stunning in their autumnal colours.

During their early life, Bracken plants will be coated in soft, brown hair.

Unfortunately, not all Geraniums are up to the task of growing in a shady area. We find that hardy Geraniums are superior in this case.

Many hardy Geranium plants have the ability to self-seed without any assistance from a human. They are the perfect ground-cover plant, particularly if you don’t mind finding several of them popping up in your garden each year.

Above all, it should be remembered that Geraniums like this are quite wild. They’re beautiful, and best suited for gardens owners that are coveting the wildflower field look.

An easily identified Geranium plant with perfectly blushed flower petals. The Geranium endressii has dark leaves that line the plants stems, topped with an array of pink and/or purple buds.

Once bloomed, these buds sway gently in the Spring winds, offering a pop of colour to any garden. This Geranium is of the self-seeding variety.

Also known as “G. x oxonianum”, this Gernanium is a cross-breed between the Geranium endressii and the Geranium versicolor plant varieties.

With rounded leaves and petals, this hybrid plant carries several of the traits from both the endressii and versicolor Geranium plants, including veined flowers and a recognisable pink colour.

Another name for this particular Geranium is “Wargrave Pink”, it was first introduced into the world of botany Waterer, Sons & Crisp in 1930 after it was discovered in one of their plant nurseries.

It wouldn’t make too much sense if we decided not to include the other half of the Wargrave Pink Geranium’s plant parenthood.

It seems odd that a plant that reaches so high during its growth would prefer to be in the shade, but that’s what makes these climbers such wonderful additions to any garden.

For a home that does not face the sun often, being able to give your fences or walls an extra bit of magic can do wonders for the overall look of your property.

Climbing plants, when grown and controlled properly, can make any home stand out.

A colour-changing climber that will cling to the surface it grows up without any support. In the sun, the large leaves of this climber will turn a bright yellow shade. But, in shaded areas, those same leaves will remain pale green.

The Buttercup does not grow very tall, just two metres for a standard Herdera helix of this type. Because of this, it would be better suited to cling to fencing, or used as a decorative feature around the front door of a home.

However, please be warned that ingesting this plant can cause much discomfort and contact with it has the potential to irritate the skin.

Growing to ten metres, Hydrangea seemannii is an evergreen climber. Best situated in the shade or on north-facing walls, this climber should require no support to grow as long as its aerial roots come in.

Like the Buttercup, the Hydrangea seemannii can cause issues if eaten and may cause irritation to the skin and eyes.

The flowers of this plant are white or green-white; they grow in bunches, cast out from stems of huge leaves that dwarf the flowers in size. The leaves are around six inches in length.

An English rose that acts like a climber, the Rosa James Galway is the perfect end to this piece.

Almost thornless, Rosa James Galway grows to approximately three and a half metres in height, giving off the scent that many associate with roses.

The flowers are pink rosettes, blooming repeatedly across the length of the climbing vines. They are, in a world, captivating.

Often used as decoration around windows and doors, or left to wind around features of a garden, the Rosa James Galway is a spectacular addition to any garden. We are of the opinion that they would look magical in small gardens.

Last but not least…

An absolutely adorable little flowering plant to hug the shadier parts of your garden, the Galium odoratum has a plethora of other names. “Sweet Woodruff”, “Kiss-me-quick”, “Sweet grass”, and “Rockweed” are just some of them.

This is a fairly hardy plant that prefers at least partial shade. It is able to grow out of sand, clay, chalk, and standard moist soil without any issues. We highly recommend sheltering Galium odoratum, as strong sunrays can damage its leaves.

It is a somewhat invasive plant, but its soft, pure colouration looks charming when used as a border or as ground-cover.

The stems grow up to around 30cm, highlighted by rounds of lance-shaped leaves and drooping starburst flowers in white.