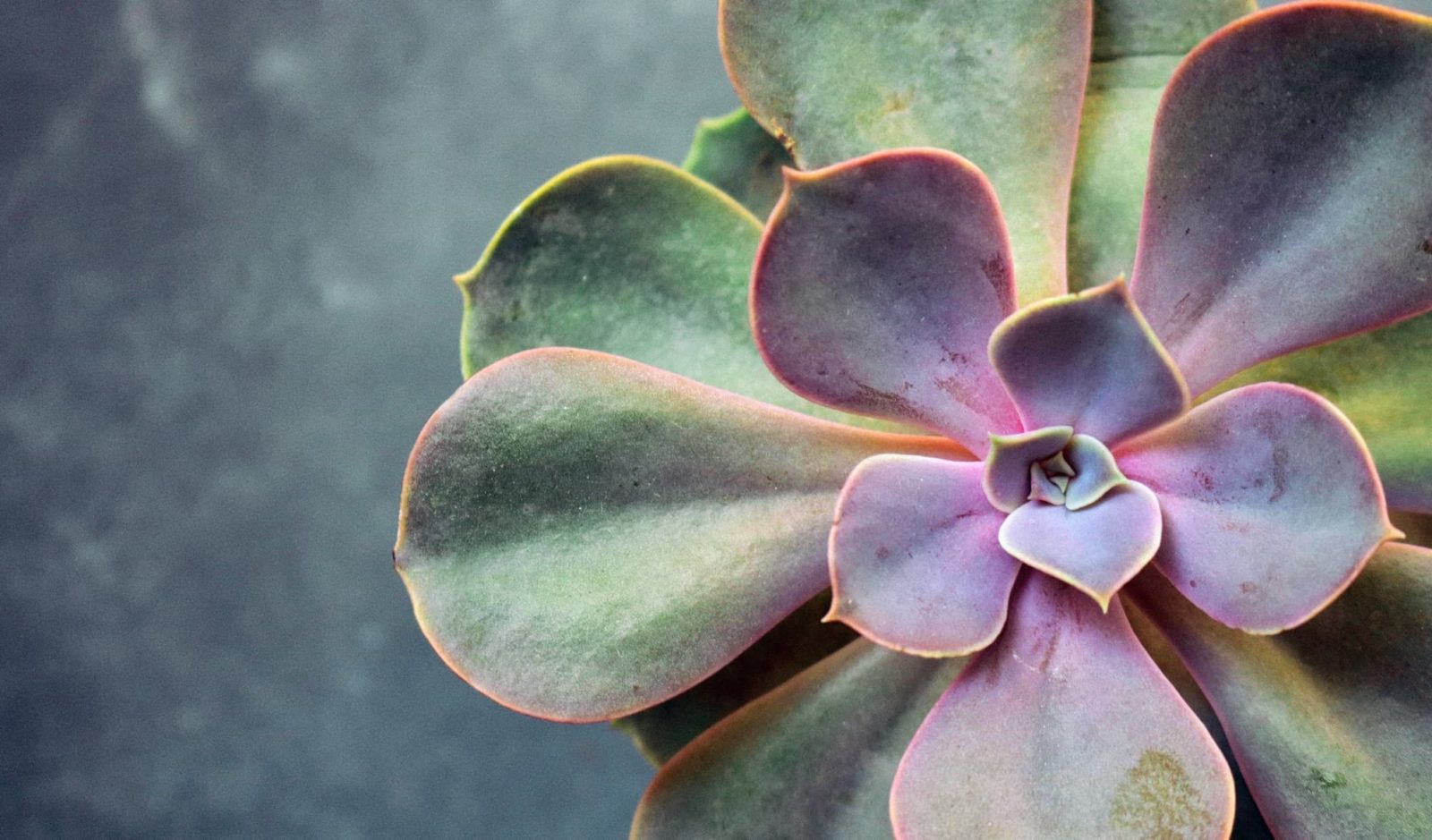 How To Propagate Succulents Effectively In 6 Steps

Succulents might not be native to the UK, but they can still often be great choices for British homes and gardens.

Succulents are simply plants that have thickened, fleshy and engorged areas where water is stored. Due to their ability to store water (in their leaves, stems and roots) they are well adapted to dry, arid environments.

Since they have good tolerance to drought, they can cope with under-watering very well. So they can be a great choice for gardeners with less time on their hands. Or those who are rather forgetful when it comes to tending their plants.

But which succulents should you choose to grow? While there is no way that we could possibly list all the options, here are 16 of the best types to grow in the UK:

Choosing a Succulent to Grow in the UK

Before we get to the list, it is worth mentioning a couple of things. First of all, the list below is a list of succulents, and we have chosen, to narrow things down, not to include cacti and bromeliads.

These are sometimes classified as succulents – but some horticulture experts prefer to place them in different categories. If you are looking for low-maintenance plants, these other categories could also be excellent plants to consider.

One other thing to mention is that only some of the plants in the list below will be suitable for growing outdoors in the UK. When choosing a succulent, be sure to take into account whether you will be growing indoors or out, and the needs of the particular plant you are considering.

Remember, while succulents all share certain characteristics (especially drought tolerance) they come from often very different areas, and their other requirements can differ considerably.

Discovering the characteristics of climate and terrain within a succulent’s typical native range can help you work out what it will need in terms of environmental conditions.

We’ve listed the succulent options under various genus’ of succulent plants. But since there are several great options within some of these categories, we’re actually listing a lot more than 16 plants that you could consider.

Without further ado then, let’s take a look at some of the succulents you could grow:

Sedums are common succulents, used both as houseplants and for outdoor gardens in the UK.

There are a wide range of sedums to choose from, which can be great for edging a dry bed or border, using in a rock garden or wall, or in the creation of a drought-tolerant green roof.

One other succulent not included on this list but also worth thinking about is purslane.

Purslane is often viewed as a common weed, but this is a succulent rather similar to sedums, with similar benefits.

What you might not know is that purslane (Portulaca oleracea) is also an edible plant. So it is well worthwhile giving this ‘weed’ some space in your garden.

Like sedums, there are a wide range of sempervivums that can be grown outdoors in suitable conditions.

These are another type of succulent which are excellent for the creation of low-maintenance planting schemes, bed edging or green roofs.

Senecio rowleyanus (commonly known as the ‘String of Beads’ plant), is a well-known houseplant and a great houseplant succulent to consider here in the UK.

Its strings of modified succulent leaves really do look like strings of green beads, and these plants look especially good in hanging containers which show the trailing stems off to full advantage.

Other Senecios can also make good houseplants – such as, for example, Senecio Serpens and Senecio radicans.

Aeoniums can be show-off succulents with a range of interesting colours and forms.

One dramatic option is Aeonium ‘Zwartkop’ which is a shrubby plant with rosettes of shiny succulent leaves that are lime green in the middle and redding, purplish, almost black to the outer sides.

You can grow it in a pot or a sunny border outside in summer. Aeonium arboretum is another attractive option which is also known as the ‘Irish Rose’.

Echeveria elegans is just one example of an excellent succulent within this group.

Most commonly, this plant, which is also called ‘Mexican snowball’ is grown as a houseplant.

But it can also be used in summer bedding displays before it is brought indoors over the winter months.

These attractive succulents come in a wide variety – they flower in summer but are mostly known for their amazing foliage.

Echeveria ‘Blue Frills’ is one very attractive cultivar to consider.

A wide range of Aloes can work very well for UK growers, but they do need to be kept frost-free over the winter months.

One of the most common (and useful) options is Aloe Vera. It is most commonly grown as a houseplant but can also potentially be kept in a polytunnel or greenhouse.

Aloe vera is a useful houseplant to grow because it can provide a yield of gel for cosmetic or cleaning purposes.

Other aloes to grow include Aloe rauhii and Aloe aristata. The latter is also potentially suitable for growing outdoors as it is a much hardier type.

Though it is native to parts of the South Western US and Mexico, this agave can be a good choice for a southern UK garden.

As long as it is in a relatively low-rainfall area, it can potentially be grown outdoors in well-draining soil all year round.

In most parts of the UK, however, this plant is better for indoors growing – at least over the winter months.

The ‘Jade Tree’, Crassula ovata is another great choice, though really only as a houseplant.

Two interesting cultivars are ‘Gollum’ with its thin, tubular leaves, and ‘Hobbit’ which has larger leaves with a less tubular appearance.

Another interesting Crassula is Crassula ‘Hottentot’ which is another great houseplant. It has long graceful stems that look kind of like caterpillars, and ivory coloured flowers.

Pachyphytum bracteosum is a fleshy succulent with large chalk-dusted leaves that look a little like stones.

This is another good succulent to grow as a houseplant in homes that are a little less bright and sunny, as it can cope with partial to full shade.

Gasteria batesiana is one other interesting succulent to consider growing indoors.

It has rough, pointy succulent leaves that grow close together forming dense clumps of offsets.

So if you have one of these plants, it is easy to propagate to make more.

Faucaria tigrina, known as ‘Tiger’s Jaw’ has small green leaves with spikes along the edges that make them look, as the name suggests, like tiny tiger’s jaws.

When well cared for they can also produce yellow flowers in the autumn.

This subspecies is hardy to minus 3 degrees C. So it can be grown outdoors all year round in milder regions.

Some Graptopetalum have been bred with echeverias to produce hybrid plants known as Graptoverias.

‘Fred Ives’ has dense purple and pinkish tinged leaves and when left out in the sun, the leaves can change colour and turn a range of different shades.

There are a number of Haworthia succulents to consider for houseplants, or for growing in a summer garden in the UK.

Haworthia fasciata is one example within this species to consider. It is a small, half-hardy succulent that is drought tolerant.

In the UK, it can be ideal for planting outside during the summer and bringing undercover during the winter months.

The more you learn about succulents, the more you will learn about the weird and wonderful forms in which they come. Lithops (living stones) are perhaps one of the weirdest.

Native to the harsh sunny climes of South Africa, these small plants really do look like stones.

They need plenty of sun, so put them on a south-facing windowsill and they will slowly grow to form small clusters of colourful pebble-like plants.

If you are looking for a succulent that offers flowers as well as intriguing foliage then you cannot do better than Kalanchoe blossfeldiana.

Flaming Katy can bloom for weeks on end and can have blooms in a wide variety of different hues. There are also plenty of other types of Kalanchoe to consider.

These are, as mentioned above, just a small fraction of the many succulents you could consider, especially if you are growing them indoors in the UK.

Most are relatively easy to care for and won’t take a lot of time to tend. And they can allow you to experience the wonderful world of exotic plants from around the world in your very own home.

If you don’t already grow succulents, now is a good time to start!