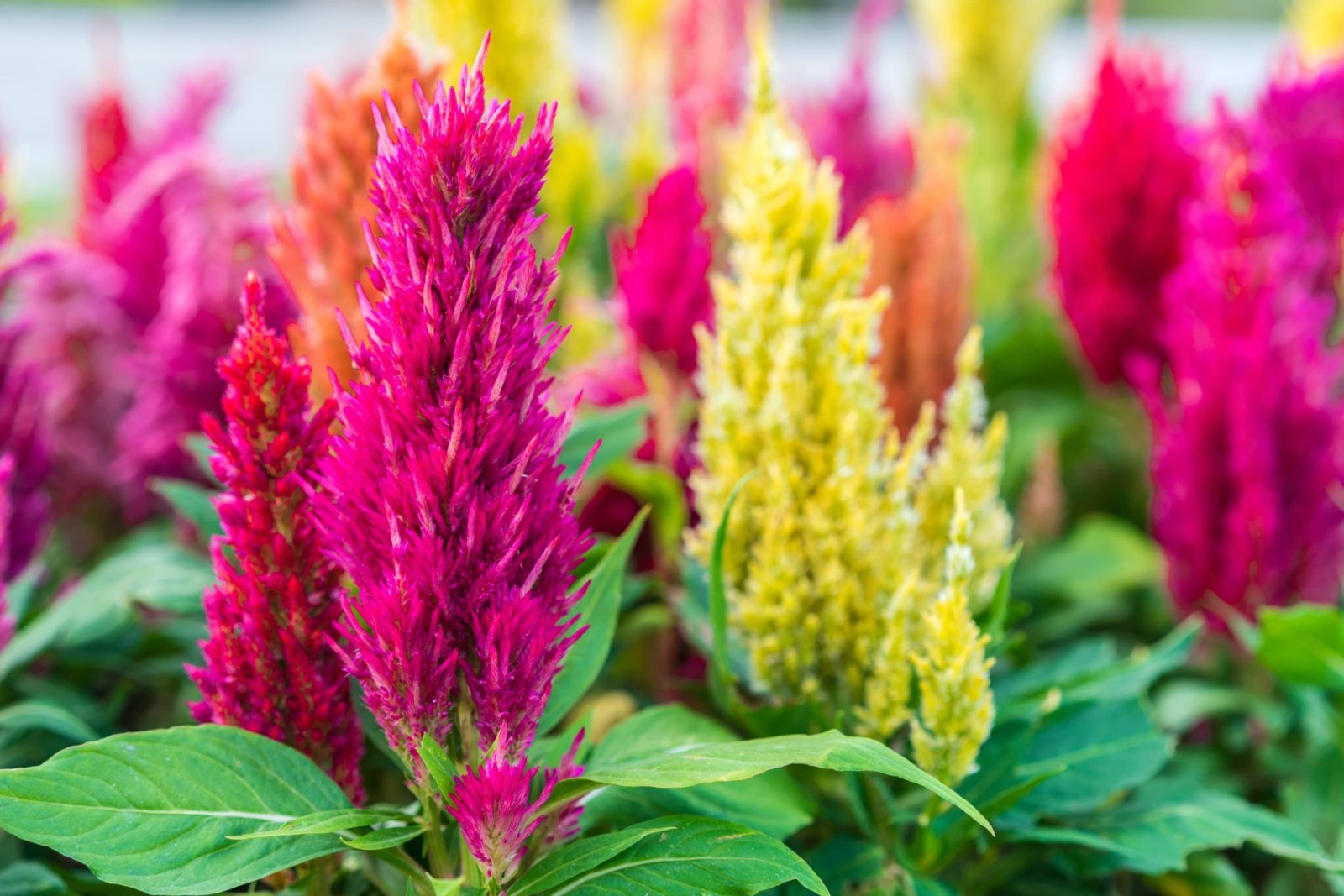 The bright celosia flower is both edible and ornamental, making for a well-rounded addition to your home’s garden.

The celosia plant has many names. It is more commonly known as the “Woolflower” and comes from a family of plants that are short-lived perennials.

Other plants in the same family include Quinoa, the Prince-of-Wales feather, and pitseed goosefoot.

There are three main versions of celosia, which can be separated by studying the overall look of each flower bud.

The first can be identified by its lightly feathered, almost tree-like flower shape. Plume celosia doesn’t need to be grown in huge batches to look inviting. In fact, just having a few of these plants together can give their surroundings a pop of colour.

Colours of these blooms include yellow, orange, red, and pink. Like the flowerheads, the leaves of plume celosia plants start wide and end in a thinner point.

Cockscomb celosia, or cock’s comb celosia, grow into vivid and deep coloured blooms with carnation-like blossoms. The blossoms will appear to be softly folded into each other on every individual flowerhead.

This type of celosia can be found in some beautiful, rich colour tones. You’ll be able to pick up seeds for a deep purple-pink, and a more calming red-pink. Of course, orange and yellow cockscomb celosia exist, too.

Cockscomb celosia has quite large leaves, which tapper off to a point at the end. They’re a deep green, and they stop a small amount of length before the beginning of the flower bud.

The name of this breed of celosia hugely helps with its identification. Wheat celosia grows into tall, thin flower blossoms. Which look like, you guessed it, stalks of wheat! They’re delicate flowers, and if not for the leaf patterns, would look like a breed of lavender from afar.

Unlike the other major celosia blooms, wheat celosia will only grow in purple or pink buds, usually in combination with a soft white tone.

Wheat celosia leaves are long and coloured in a fresh green tone. Each stalk of the plant will have several leaves along the length, leading up to the flower bud.

Other names for Celosia

As with all other flora, there are many names for the various breeds of celosia.

To keep some semblance of order, we’ll stick to the three major celosia plants that have already been mentioned. Under each of the next three headings, you’ll find a handful of variations and variants of the name for that breed of celosia.

Interestingly enough, all three variations of celosia can be found under the term “Woolflower” and “Cockscomb”. As if their names didn’t overlap enough already!

Celosia is quite a hardy plant, but if you find that your flowers are dying, then something has surely gone wrong.

Celosia prefers a more acidic soil PH but will grow in pretty much any type of soil. Their soil must always be drained well but should remain moist.

In the event that you notice that your celosia isn’t doing so well, follow our tips below:

Celosia can get root rot, which is why it’s so crucial to only plant your seeds in soil that you know will drain well. Your plant can also suffer from leaf spot diseases and fungal disease. Keep celosia well drained and in the sunlight, and you shouldn’t have an issue.

You’ll need to watch for red spider mites when growing celosia. These pests, alongside whiteflies and aphids, will happily infest your celosia plants if you’re growing them underneath glass. They will grow better out in the open rather than inside a greenhouse.

How to revive a Celosia plant

Reviving celosia may not always be possible. If your plant has root rot or a severe case of any of the diseases we’ve mentioned, it may be best to start over with fresh plants and soil.

However, catching these plant diseases in their earlier stages will allow you to treat your celosia before the plant dies off.

To revive a celosia with the beginning stages of root rot, cut the plant’s root above the damaged area and re-pot or replant your celosia into soil that has more circulation and drainage. You’ll need to cut away the damaged roots across the entire plant.

For celosia with leaf spot disease, increase the sunlight, water, and the air circulation for your celosia plant. Similarly, steam rot can be prevented using these same steps.

The best Celosia for beginner gardeners

We’ve spoken about three of the main variants of celosia for this piece, but which is the best variant for beginner gardeners to try their hand at?

All celosia plants are fairly easy to grow for the beginner gardener, but the plumed variety gets our vote for the best celosia for beginners.

Plumed celosia has several of its own selections for you to choose from. A great one for gardens that lack huge amounts of space is the Plumed Castle celosia. This is a colourful celosia plant that grows in shorter heights than other types of plumed celosia varieties.

Although celosia is not a difficult plant to grow and maintain, it’s good to have some idea on how to successfully grow this breed of flora.

Is your garden suitable?

For gardeners that live in warm areas, your property could be perfect for growing celosia plants and having them come back year after year. In most other climates, you will find that your celosia plants need to be replanted again during the spring.

To grow celosia, you will need an area of your garden that benefits from full sun. It’s best to grow celosia in a somewhat sheltered area, to keep the rain from making the soil too wet, and to plant your seeds in soil that drains well.

The best areas of your garden to plant celosia seeds include border displays and plant beds. You could also plant celosia in their own containers to use as smaller, more decorative plants.

Keep celosia plants around six to twelve inches apart when sowing seeds. Less space for smaller subspecies, more space for those that grow to be quite large.

Celosia looks wonderful in any garden setting, whether you live in an urban or rural setting, have a small cottage garden or an abundance of open garden space.

Although you can plant celosia after the frost of winter and spring has dissipated, it’s better to wait. When the ground gives way to fresh greenery again, and the sun begins to shine more frequently, it’s time to plant your chosen celosia variants.

Celosia prefers to have a lot of sunlight and heat. Wait until the end of spring or the beginning of summer to get your celosia blooms started.

To harvest celosia plants for eating, you can uproot the entire plant. Celosia can be eaten anytime after the plant’s fourth week of growing. You can also cut the leaves as needed, rather than taking the plant in its entirety.

The leaves of celosia are fine to eat until the plant flowers. After this time, they become quite bitter and not very palatable. As a guide, celosia plants will flower approximately ninety days after sowing the seeds; try to harvest before then.

As we’ve mentioned, celosia plants come in a huge selection of different colours, heights, and flowerheads. Here are some of our favourite celosia flowers, so that you can see the range of offerings this plant has.

A stunning plume celosia with a rich orange-red tone that is perfect to use in bouquets of flowers. Arrabona Red is a dwarf variety, reaching just 16 inches in height. This breed of the celosia plant is perfect for climates that experience droughts or extreme hot weather.

Said to look like brain matter or, more correctly, deep-sea coral, this version of cockscomb celosia is a sight to behold. The flowerheads of the King Coral Cockscomb are truly gigantic and can easily bring a pop of colour to your garden with a rich purple-red colour.

The best plants to grow alongside Celosia

The perfect celosia companions can pad out your garden without overpowering the soft or vivid colours of your chosen celosia breeds.

Celosia grows well with a range of other annual flowers, which gives gardeners a lot of choice when deciding the layout of their flower beds.

Because of their similar colourations, dahlia flowers can look beautiful alongside celosia. Together, they can create either a soft, autumn-toned bouquet, or a striking contrast of vivid blooms.

When searching for a flower that won’t overpower your celosia plants, try sprinkling the same bed with zinnia. Orange and yellow zinnia have a golden flush to them when planted unsparingly, and they make the perfect flower to separate an abundance of celosia in a richer colour.

For similar reasons, try planting some marigold with your celosia instead of zinnia. While zinnia and celosia are contrasting and bright, marigold adds a softer backdrop to the deep tones of many celosia variants. 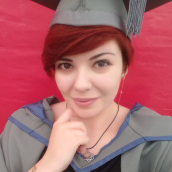 Melissa is a lover of quiet, rainy days spent indoors and the passion that seeps through the spoken word. She is a freelance writer who also teaches English, and believes that learning is a fundamental part of life.