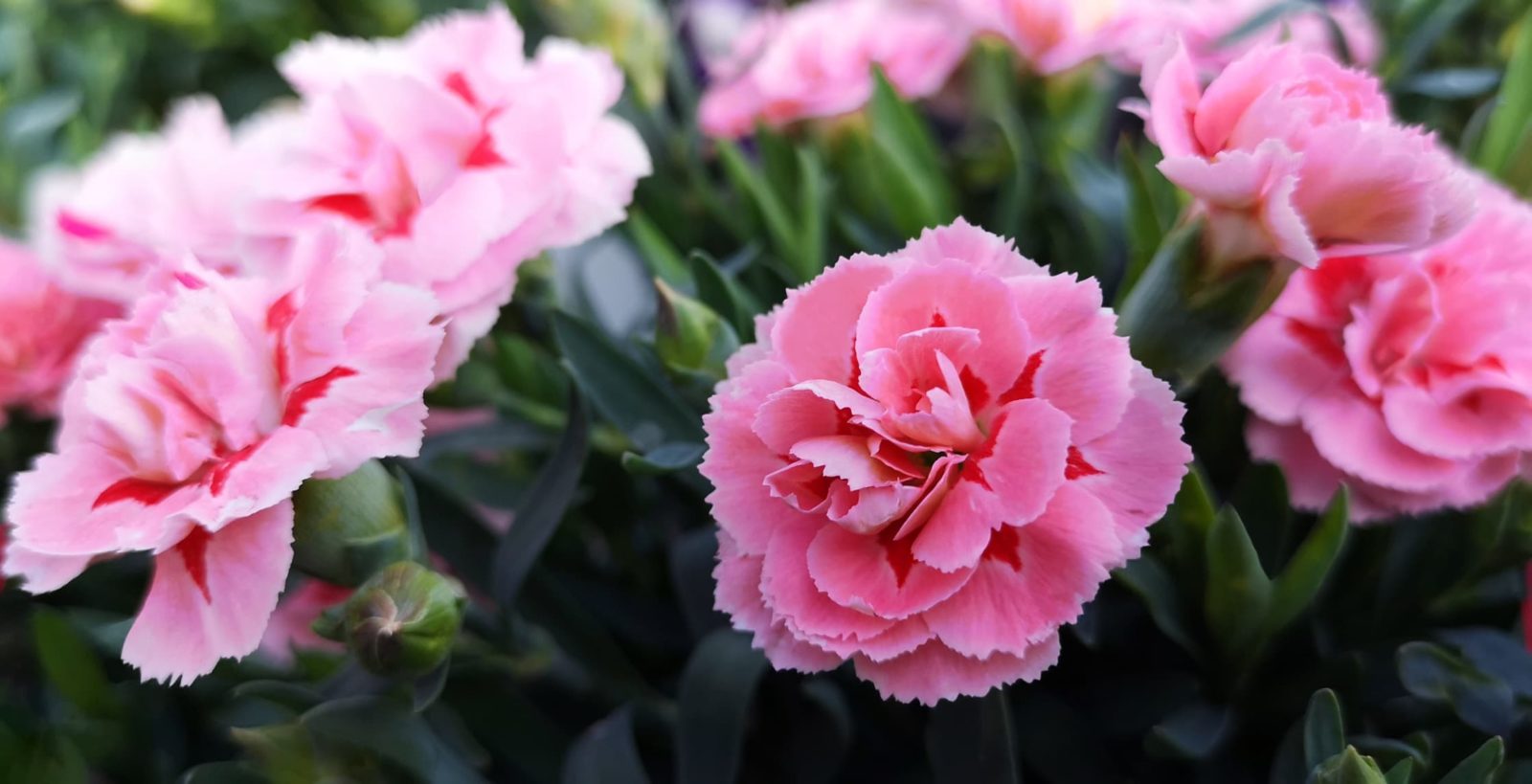 How To Propagate Dianthus From Cuttings

Dianthus comprise an assortment of thousands of varieties – of which 92 have been awarded the RHS’s Award of Garden Merit.

It is only a matter of time before Dianthus scores a century in AGMs.

Underneath we present a mere taste of what this wonderful genus has in store for gardeners.

All the Carnation and Garden Pink varieties exhibit the classic greyish-bluish-green foliage that is such a well-known attribute of these two species’ varieties.

A tall border Carnation that can reach 75 centimetres. It has a bushy habit.

It flowers only during part of the summer but no matter how brief the flowering season may be, the brilliant and stunning bloom, up to 6 centimetres in diameter, makes up for it.

It has a pure white ground with vivid purplish-crimson flecks, splashes and edging.

Also a border Carnation that grows up to 50 centimetres.

It has a bushy habit and blooms during the summer.

The flower is seven to eight centimetres wide, and is one for the manor garden, being pure white with purplish-crimson edging that bleeds over into flecks and streaks.

Another tallish border Carnation that blooms during summer.

Its foliage has a very bluish tone. The double flowers are large at about 7 centimetres, and are a remarkable sedate rose pink, call it ‘Slate Rose.’

It possesses a feature that Dianthus are famed for: a spicy fragrance.

The flowers have a strong clove-like scent.

A perpetually flowering variety that is grown year-round under glass for floriculture and exhibition.

This bushy variety attains a height and spread of over one metre.

The large, fully double flowers are in gorgeous tones of orangeish-yellow with the colouration being gently gradated.

A dwarf variety at only about 20 centimetres with a similar spread.

The foliage has an obvious bluish tinge.

The blooming season starts from mid-spring and continues into summer.

The small single flowers are most charming; they are candy pink with a lipstick red central ring.

Another dwarf variety at only about 25 centimetres with a similar spread.

These upbeat flowers have a suitably strong scent that carries a hint of spice.

A mid-height variety that reaches around 40 centimetres. It has a bushy habit.

Blooming during the summer, its double flowers are of the palest pink with flecking and feathering of a vivid pink.

These comparatively refined and elegant Pinks have a mildly spicy scent.

This variety grows to about 30 centimetres and has a bushy habit.

Even by Dianthus standards, this variety’s foliage is markedly bluish-grey.

The double flowers are 5 to 5.5 centimetres in width, and bloom during summer.

They are truly eye-pulling stunners by virtue of their striking hue which varies from intense red to blood red.

Grows to about 60 centimetres and has an upright habit.

This Dianthus’s foliage is neither greyish nor bluish but is very green.

It bears merry clusters of bright pink, magenta, and purplish flowers with white or pale eyes.

These blooms are quite fragrant and bloom from late spring through summer.

Grows to about 60 centimetres and has a bushy, mounding form. It has intensely green foliage.

It bears clusters of small flowers during the summer, and they are seriously (yes, again) stunning.

The hue varies from maroon-black to violet-black, and the intense effect is heightened by a velvety sheen.

We hope you enjoyed this list of our favourite dianthus.

If you didn’t find a variety that piqued your interest then keep looking – there are literally thousands to choose from!