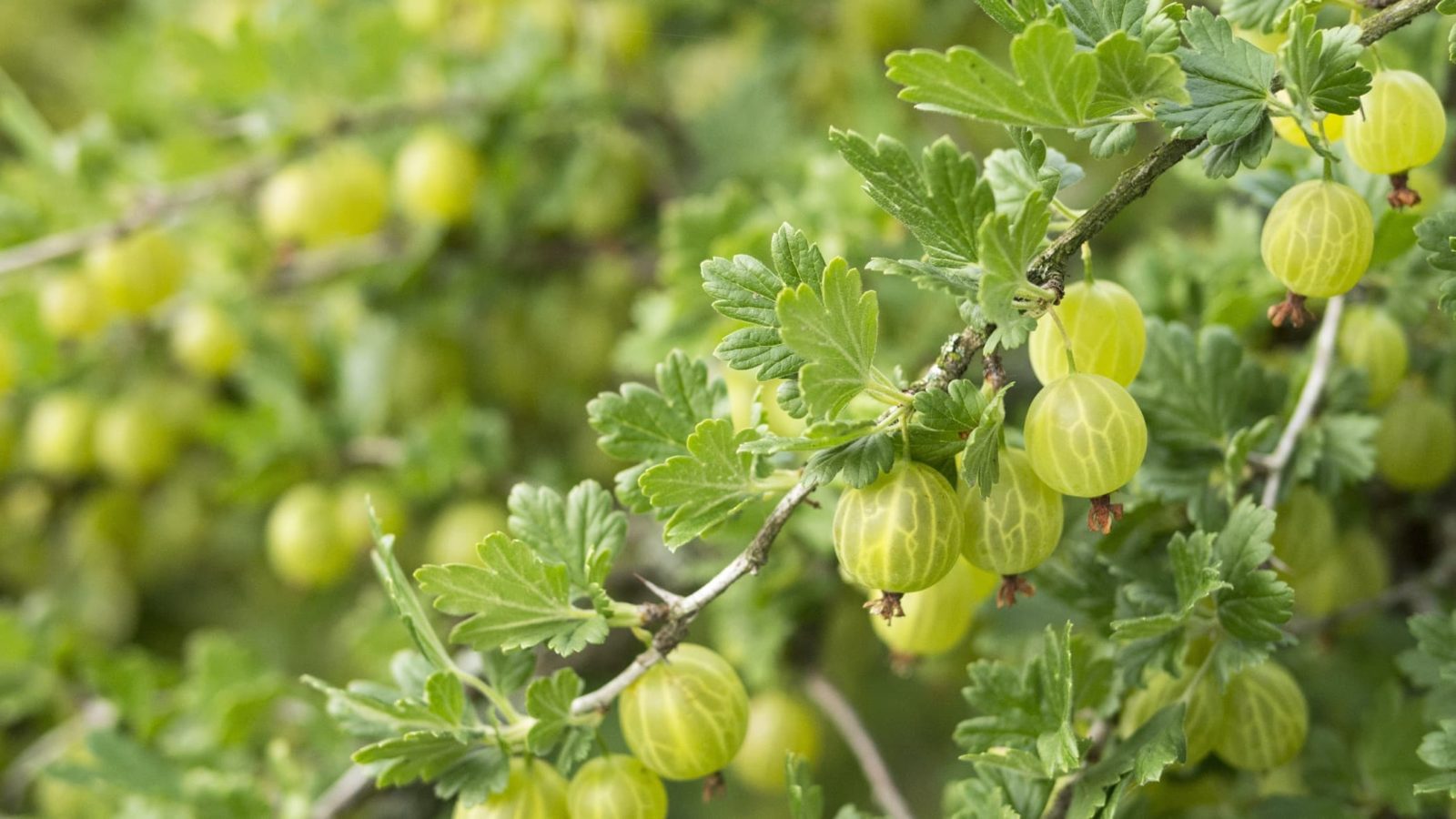 How To Grow Microgreens At Home

Gooseberries are a great fruit to grow in your garden – but how do you know when they are ready to pick?

The good news is that there are no hard and fast rules about when you pick your gooseberries.

Though it can be challenging to determine the optimal time to harvest for entirely ripe fruits, underripe gooseberries can also be very useful – and can be harvested and used in a range of different ways.

In the UK, gooseberries will generally appear on your gooseberry bushes around June, and will ripen fully either later that month or in July or August – depending on the climate and conditions where you live, as well as the weather in a particular year.

Gooseberries will vary in appearance and size depending on which type of gooseberry you are growing, and even the individual cultivar.

The exact time at which they can be harvested or will ripen fully depends on a range of factors relating to exactly where they are grown.

Deciding When To Harvest Gooseberries

If you have purchased a new gooseberry bush, you should usually forgo harvesting for the first year after purchase to allow the new plant to become established.

It can be a good idea to rub off any flowers that form to allow the new gooseberry bush to focus on root formation.

In the second year, you will likely get a small harvest, after which you should gain a higher yield each year.

As soon as your gooseberry bushes are established, the truth of the matter is that you can start to harvest your gooseberries pretty much as soon as they begin to grow and swell on the bushes.

Fully ripe gooseberries will be far less tart and sweeter than those that are under-ripe.

But there are a range of reasons why you might wish to harvest under-ripe gooseberries – they have a range of uses.

I tend to leave the green gooseberries on the bushes in my forest garden to mature to a reasonable size.

But I harvest many of them before they reach peak maturity, in late June or early July.

Personally, I find that the slightly under-ripe berries are actually more useful for more things than the fully ripe gooseberries.

What is more, removing many of the berries from your bushes while they are under-ripe allows the remaining gooseberries to ripen more successfully.

So I picked around 2/3 of the crop before they were fully mature.

Remember, not all the fruits on your gooseberry bushes will mature at the same time, so waiting for full maturity and harvesting once is not a good policy.

With some gooseberries (red or yellow varieties), underripe fruits will not yet have changed to their ripe colour.

With my green gooseberries, however, there is no colour change – the fruits remain green no matter how long they are left to mature.

I usually harvest under-ripe fruits when the fruits have swelled, but before they are fully mature.

They are not yet quite full size, but nearly. And yet are still quite hard and have not yet become softer and juicy.

The flowers at the ends of the berries are brown, but not yet fully dried.

I find it particularly useful to harvest the under-ripe gooseberries because these under-ripe berries are great for:

Since we do not use up all our gooseberries right away, I find it helpful to harvest plenty of under-ripe gooseberries because they are so useful for use in recipes that can preserve the harvest for use much later in the year.

I have a number of jars of gooseberry and mixed berry jams and jellies, gooseberry chutney, gooseberry relish etc. in my pantry.

Oddly, green gooseberries will make a green jam when boiled briefly, but can turn into an orangish, brownish or even a reddish jam when processed for longer.

Some clues that gooseberries are fully ripe include:

However, taste is the best indicator for all varieties.

When fully ripe, the fruits will be far sweeter, with much less tartness and acidity.

They should not be unappetising when you eat one raw, while the under-ripe berries are generally not appetising to most palettes.

It is best, when the berries begin to soften and feel juicier, to taste your gooseberries to determine whether they have reached optimum sweetness.

Berries which are over-ripe will fall off the bush and onto the ground.

Fully ripe gooseberries will usually still have to be sweetened in some way to use in desserts and sweet recipes.

However, they will need far less sweetening than under-ripe fruits.

They can also be delicious with fish or in a range of other savoury recipes.

They are an incredibly versatile fruit that you can use, when fully ripe, in another huge range of different ways.

They can be used anywhere that you might use other relatively tart summer berries, and alongside them.

One of my favourite recipes for fully ripe gooseberries is gooseberry sorbet.

I sometimes make this with elderflowers, sometimes with other fruits or herbs from my garden.

It can be child-friendly, or made with alcohol and slightly less sweet for an adult treat.

Most gooseberry bushes have thorns. These can really be vicious and make harvesting quite a challenge.

Thornless options are sometimes available, but these unfortunately tend to have much lower yields.

Make sure that you wear gloves and long sleeves to avoid scratches.

Carefully pluck the berries from the bush when you decide that it is time to harvest.

Take care, especially when harvesting ripe fruits, as these have thin skins which can split easily.

To make harvesting a little easier, it is a good idea to prune your bushes into an open goblet shape.

Gooseberries can also be cordoned, with one central leader, which can make things easier still.

Cordoning can also be a good solution for small spaces.

The yield from cordons will be lower, of course, but more bushes can be grown in the space.

So, remember – taste is the best way to determine when gooseberries are fully ripe.

But harvesting can begin well before this time, and there are plenty of ways to make use of under-ripe gooseberries, as well as the fully mature fruits.