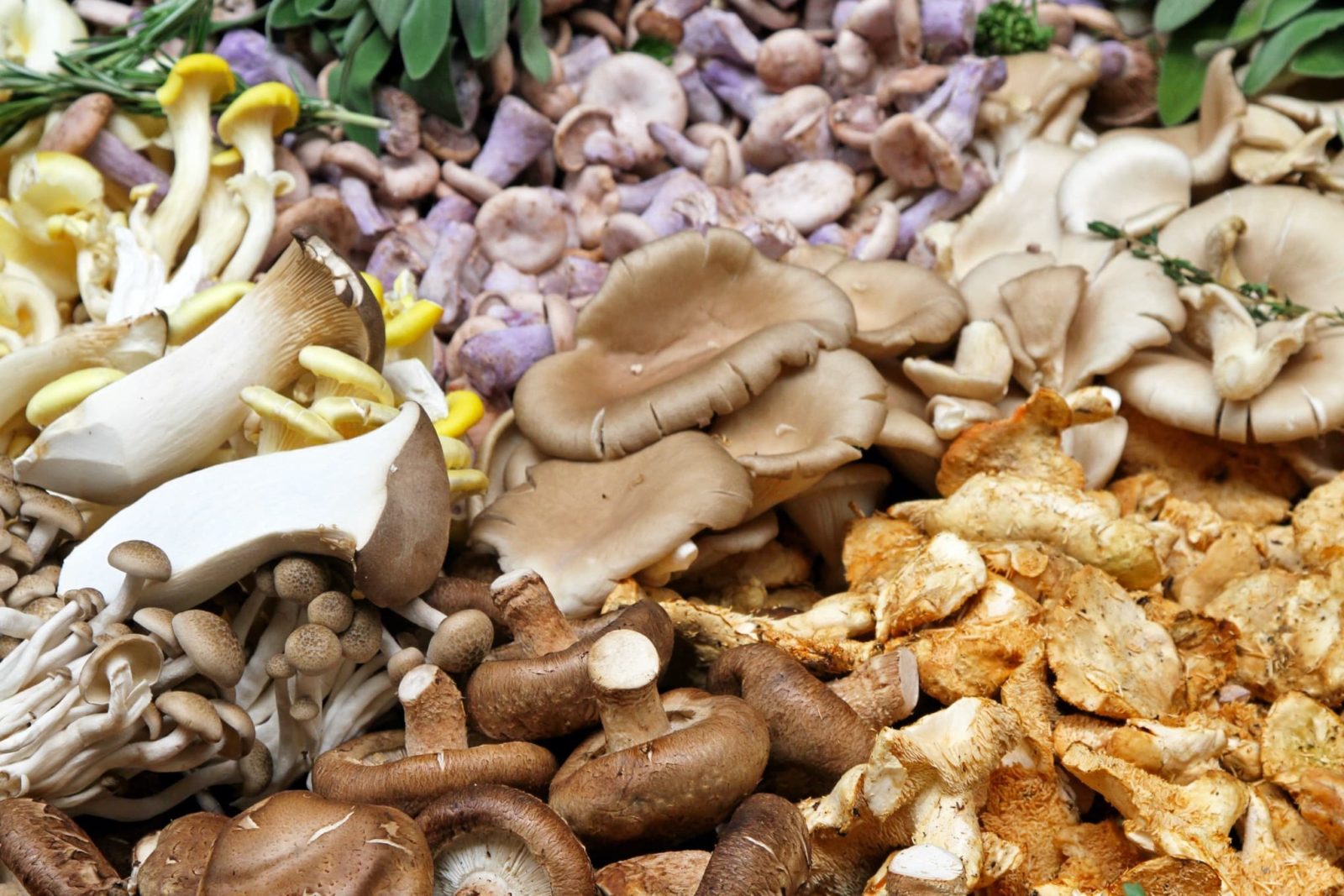 Have you ever looked carefully at the ground (or the bases of trees) when walking through woodland?

If so you’ve probably seen just how many different types of mushroom there are.

It’s quite incredible when you notice the medley of shapes, sizes, colours and, if you’re particularly observant – textures and smells.

Some mushrooms – like ceps, girolles, morels and similar – are renowned for being delicious.

However, it’s really important that if you do fancy foraging yourself a basketful of mushrooms like those above, that you have the relevant expertise on hand.

Whether this is a qualified mushroom picker, a well-recommended book, or your own expertise: just make sure you’re not going in blind.

If you’re planning to go foraging for wild mushrooms we strongly recommend going with an expert who can confirm the safety of what you’re picking.

To quote WildFoodUK: “don’t consume any mushrooms unless you are 100% sure of what they are…this is the most important rule”.

An A-Z of edible mushroom varieties

These have been arranged alphabetically by their common names.

Some have several names, so if you can’t find what you’re looking for straight away, hit ctrl+f and type the name in the search bar: you may see it listed by another common name instead.

Chicken of the woods / sulphur polypore

Hen of the woods

Spending time with the fungis

As you can see, there are a phenomenal amount of mushrooms out there. And this list only includes edible ones, so it’s important that we emphasise again the importance of only picking and eating what you are sure is safe to pick and eat.

Some edible mushrooms can still cause problems, which is a good indication of how careful you need to be.

They are endlessly versatile, often surprisingly delicious, and readily available for much of the year.

If you enjoy walking in the woods anyway, keep your eyes peeled next time and see what you can find!