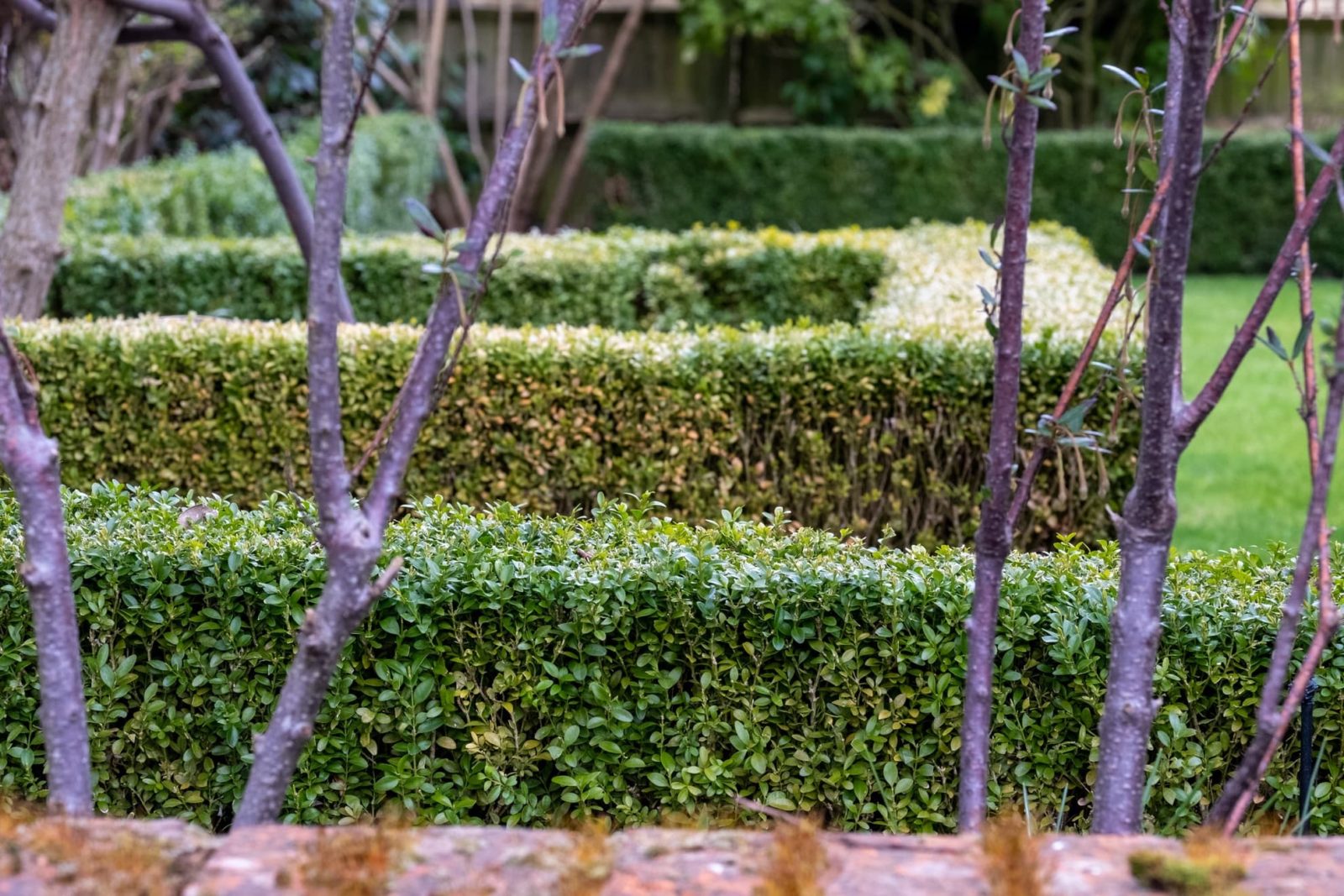 How (And When) To Prune An Apple Tree

Box blight is a fungal disease that can pose major problems for gardeners with box hedges.

In this article, we will look into this problem, and talk about what you can do to deal with this issue in an organic garden.

What Is Box Blight?

Box blight is a fungal infection which impacts Buxus, or box hedges or topiary.

Two genetic types of a fungus called Cylindrocladium buxicola are responsible for this problem. [source]

In an organic garden, you will obviously avoid the use of synthetic fungicides, but in any case, fungicides alone are rarely able to cure the problem. [source]

Box blight can be a serious problem, and it is important to remain vigilant.

The sooner you spot the problem, the more likely it is that you will be able to save your plants.

Box blight is the most serious of a number of infections which can present problems for box.

However, all is not lost – the good news is that box blight does not affect the plant roots, only the above-ground growth.

First things first, it is important to be able to spot box blight and identify it correctly.

When buxus is infected with box blight:

Another fungal disease, Volutella blight, may initially be confused for box blight.

This too leads to twig and leaf dieback – but black streaks characteristic of box blight do not form and the shrubs will not typically lose their leaves with this infection.

One other key way to tell box blight apart from this somewhat less serious problem is that in the case of Volutella blight, the fungal spore masses under the leaves will be pink and not white.

While you can often rescue buxus which has a box blight infection, of course prevention is better than cure.

Box blight spreads very easily, and can still arrive in your garden in spite of your best efforts.

But there are certain things you can do to make it less likely that box blight will arrive, reduce the chances of it taking hold, and make it easier to manage the problem if it does.

Avoid Introducing It Into Your Garden

While blight can still arrive in your garden, taking these steps will help manage the risk and could keep your garden box blight free.

If you do see box blight in your garden, you must deal with the problem as soon as possible.

The quicker you are able to tackle the problem, the more likely it is that plants can be saved and the easier containment will be.

If you spot box blight:

Since it is likely that other areas not yet showing symptoms will be affected, you will probably not immediately eradicate the problem, but you can reduce spreading.

You can also repeat this process as and when other symptoms show.

Unfortunately, sometimes a major box blight problem can set in before gardeners are aware of the problem.

In some cases, it may be best to cut your losses and remove the affected plants entirely.

However, in many cases, even a box hedge or piece of topiary with many affected areas can still be saved through careful and yet rather drastic action.

In some cases, even chopping back this much may not be sufficient.

With severe cases, you may need to take more drastic action to save prized box plants.

In areas where box blight is a major problem, or where serious outbreaks have already occurred, it is usually easier to forgo box altogether.

When choosing new plants, or replacing box, it is best to choose alternatives rather than struggling on.