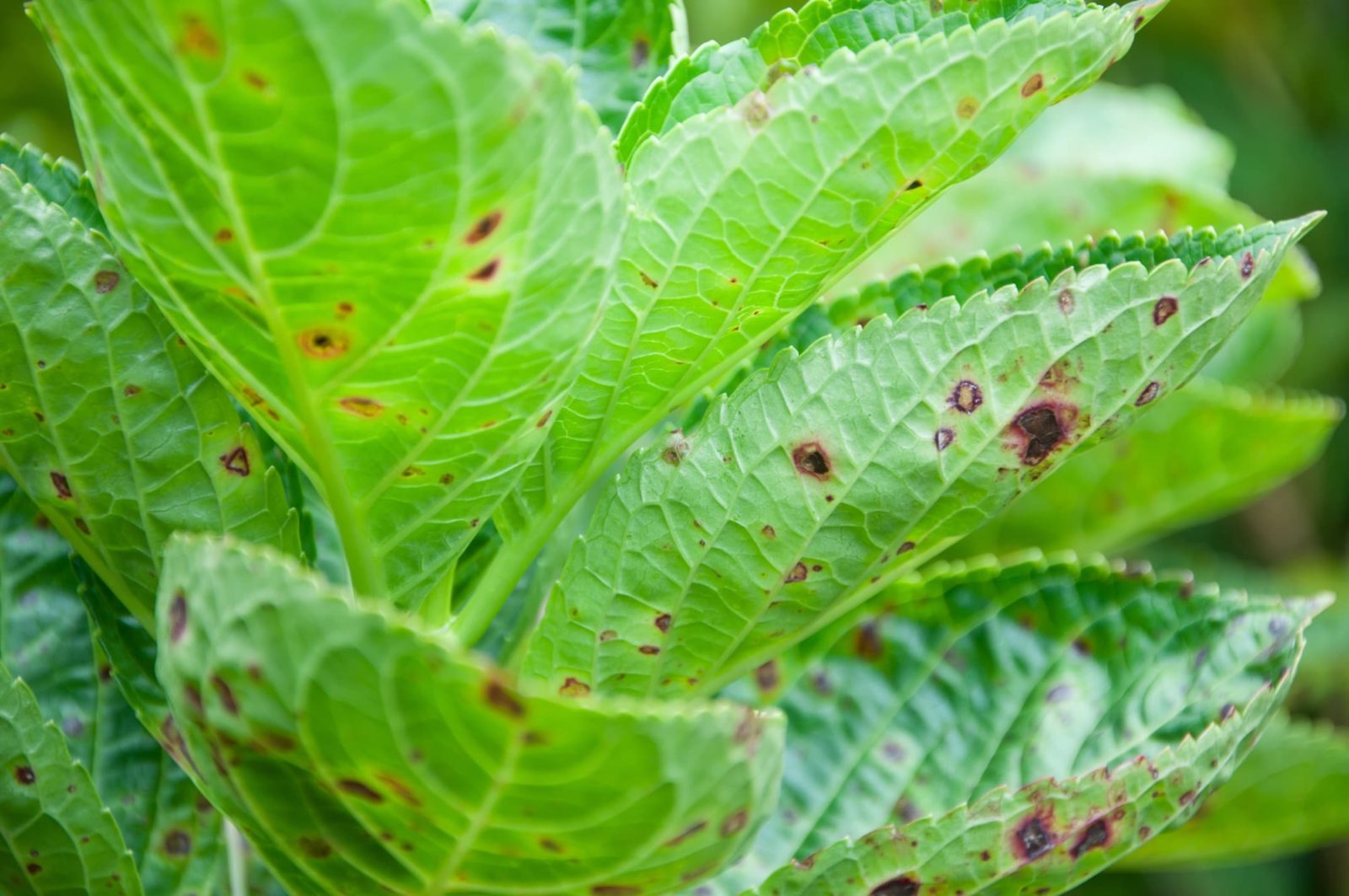 What To Do When Your Lilies Have Finished Flowering

Walk through a British village or town and it’s almost guaranteed you’ll see hydrangeas, whether in a park, a churchyard, or standing proud at the boundary of somebody’s garden.

Their vibrant colour palette features bright pinks, moody blues, pure whites, and everything in between, making this bushy flower a firm favourite for our nation’s gardeners.

What happens when those beautiful colours give way to brown, though? When things go awry, and your soft hydrangea petals begin to crisp up and wither?

If this sounds familiar you’re probably wondering “why are my hydrangeas turning brown!?”

In this article we’ll answer that question for you, and give you a couple of tips to get things back on track.

Why are my hydrangea leaves turning brown?

The precise reasons depend on the variety and their growing conditions, but in general, brown hydrangea leaves are a sign of dehydration and wilting in the heat.

Reason 1: They got too hot in the midday sun

One sure-fire way to crisp up your hydrangea leaves is to give them too much exposure to the sun. In the spring when the mercury stays relatively low, they’ll do fine.

When things heat up over the summer however, time spent in the early afternoon rays can cause untold damage.

To avoid scorch damage: Grow your hydrangeas in a spot where they’ll get sunlight in the mornings and evenings, but not during the peak hours.

Reason 2: They wilted too often

As well as being scorched, hydrangeas will brown if they’re left to wilt too often in the hot weather.

Wilting is caused by lack of moisture, meaning there are a few good tricks to use to prevent this from happening.

To avoid frequent wilting: Give your hydrangeas a healthy glug of water every few days when the temperatures are climbing high, and treat the soil to better retain moisture. A dab of mulch around the base of each plant should help with this.

Reason 3: The leaves got wet!

While frequent water is paramount for hydrangeas in hot weather, watering too enthusiastically can cause problems.

When water settles on leaves and is unable to drain away properly, this can lead to browning. It can also lead to fungus and other issues that will damage the plant in other ways.

To avoid wet leaves: Take care when watering your hydrangea, making sure to water the soil and roots only rather than spraying all over the foliage as well.

If this is the case you’ll see the telltale blemishes start to show up: brown pockmarks and a general appearance of bruising and damage to the leaf.

Fungal damage can cause browning but you may also see yellows and purples.

If you find leaf spot on your hydrangeas, fear not. It’s often possible to nip the problem in the bud, as it were, before the damage spreads to the whole point.

First, take care to remove debris and dead plant material from beneath your hydrangea bush, as this will remove the breeding grounds used by fungi.

Second, trim the lower levels of your bush to allow air to circulate. This disrupts fungi spores from settling.

If you’ve missed the opportunity for prevention and are dealing with an infection you should remove all dead or severely infected leaves from the plant and destroy them to prevent further spread.

Keep an eye on leaves with light infection, and decide whether to use natural methods or fungicide products to keep the infection at bay.

Repotting hydrangea plants can be a bit of a shock to their system, and sometimes the shock is enough to cause hydrangea leaves to brown.

Dig deeper and this issue also ties back to moisture, and prevention is often a case of being a bit more careful when moving your plant.

To avoid repotting shock: Massage the roots of your plant when relocating to a new pot, then water generously as soon as it’s in the new soil.

This will give the roots of your plant adequate opportunity to absorb the moisture they need.

Should I cut off brown hydrangea leaves?

The short answer is, “it depends.” While damage to leaves is unsightly, they can and will recover if you identify the problem and implement the solution early enough.

As a general rule of thumb, we recommend removing leaves when they are 50% brown or higher.

Often browning caused by moisture level issues or temperature can be reversed, and we’ve already mentioned that leaves with low-level fungal infection can often be saved with the right products.

If you’re vigilant and attentive to your hydrangeas it should be possible to keep them in good condition year-round.

While this article has shone a pretty bright spotlight on the various maladies that can befall the humble hydrangea, this plant is generally fairly easy to look after.

Take adequate steps to keep yours nicely watered over summer and out of direct sunlight in the peak sunshine hours, and you’ll be rewarded with a bountiful, colourful bloom.

If you’d like to learn more about this lovely flower check out our guide to training climbing hydrangeas. We’ve also written about how to keep a blue hydrangea the right colour!