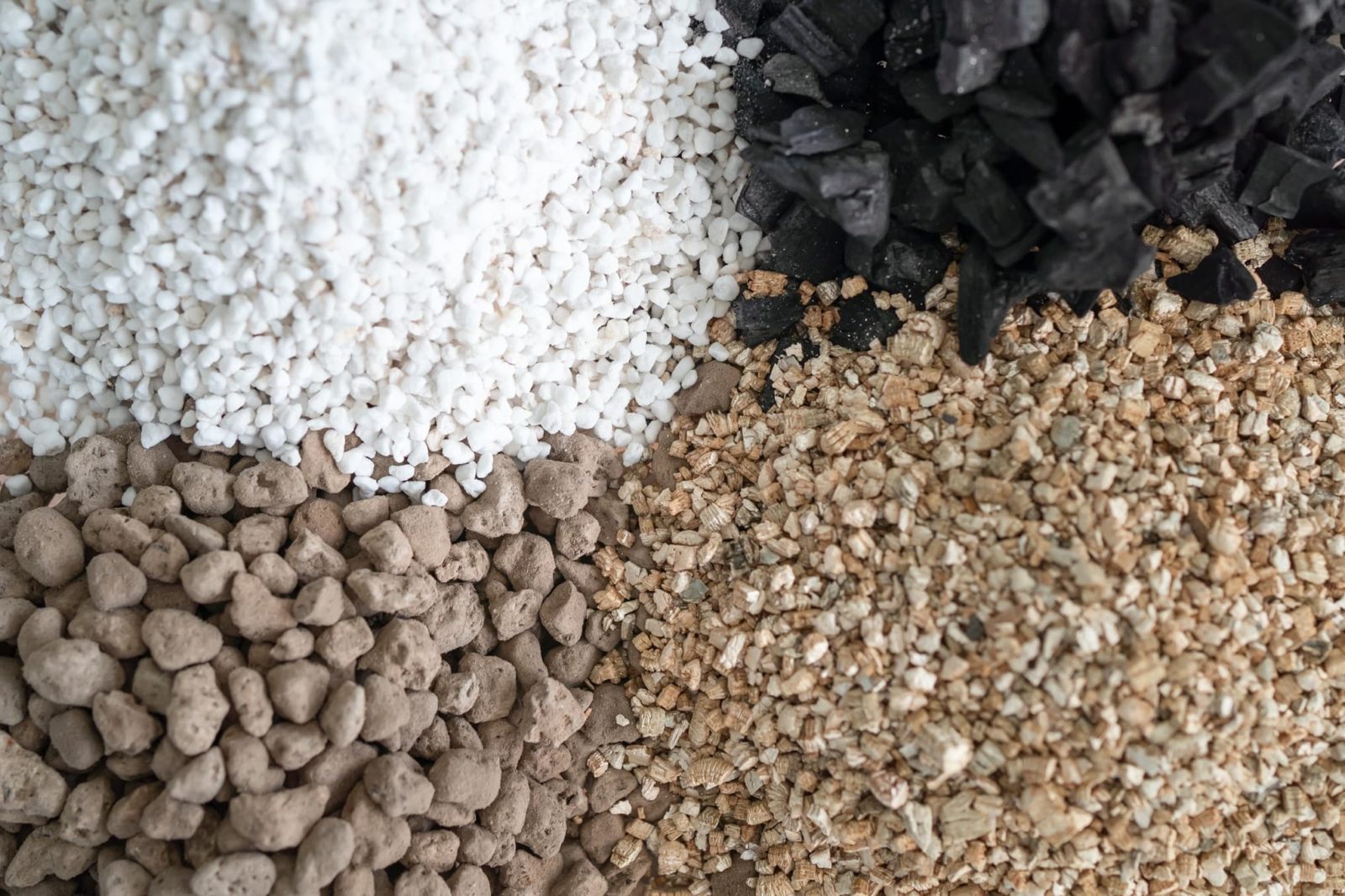 15 Summer Bulbs To Plant In Spring

Perlite and vermiculite are both used to improve aeration and drainage in bought and homemade potting mixes.

But what exactly are perlite and vermiculite? What are the differences between them? And is either one really the best choice for your needs?

Read on to find out more about these two materials.

Perlite is a volcanic glass with a relatively high water content. [source]

This is a natural material formed by the hydration of obsidian.

It has the unusual characteristic that it expands greatly when heated to sufficient temperatures.

When perlite is heated to temperatures of 860-900°C the water trapped within the structure vaporises and escapes. [source]

This makes the material expand to as much as twenty times its original size. [source]

Expanded perlite is often used in gardening as an amendment for a growing medium.

It has high permeability and low water retention, and helps protect the mix from compaction. [source]

It is also sometimes used as a medium for hydroponic systems.

Perlite is pale white in appearance, and when you look closely you can see small pockets, cracks and pores in the surface of each piece.

Vermiculite is a mineral that forms naturally due to the weathering or alteration of biolite or phlogopite. [source]

It also occurs in carbonatites and in altered magnesium-rich limestone and was first described in 1824, when found in Millbury, Massachusetts. [source]

This mineral is heated by processing in huge industrial tube furnaces at 1,000°C for a few minutes. [source]

This causes the structure to expand into long, worm-like strands, an expansion process called exfoliation.

Now, this group of minerals are also commonly used as an amendment for soil or potting mixes.

Vermiculite is a pale brownish or beige colour and if you look closely, you will be able to see that it has thin layers throughout.

Should You Choose Perlite Or Vermiculite?

Both perlite and vermiculite can improve drainage in a growing medium or soil and both can improve aeration.

However, there are differences between these two materials and where they are used:

Perlite has a fissured and cratered surface which does hold some water on the outside, but it holds on to little water, mainly allowing it to slide off.

Perlite is therefore very good for drainage, and not particularly beneficial for water retention.

This means it is good for plants like cacti and succulents which require free-draining conditions.

Vermiculite, on the other hand, while it can also aid with drainage to a degree, will hold and store water within its layers.

It works a little like a sponge and will absorb water and expand in size.

It will then slowly release the water it has absorbed over time.

Because it can retain moisture well, without causing waterlogging issues, it is often used in seed starting growing media, as well as growing media for cuttings which can be vulnerable to drops in humidity and soil moisture.

Perlite has pores inside which are filled with air – in fact, a large percentage of the material is made up of these air pockets.

So this is one of the best materials to improve aeration.

While vermiculite can improve aeration to a degree by breaking up the soil and allowing air to flow through, it is not as good at providing aeration as perlite.

Vermiculite may not be as effective for aeration, but it is better in one other way.

In other words, it does not interact with the soil or potting mix to provide nutrients for plants.

Vermiculite, on the other hand, contains nutrients like potassium, magnesium and calcium which it can give to plants. [source]

Why Neither Is A Sustainable Choice

However, while, as you can see above, both perlite and vermiculite have benefits as soil amendments, neither is a sustainable choice.

So it is important to consider alternative options if you prefer to avoid harmful materials and garden in a sustainable way.

If you are trying to garden in a more eco-friendly and sustainable way, then it is a good idea to avoid using materials that come at too great a cost.

Neither perlite or vermiculite is essential for soil or potting mixes.

Creating healthy soil or healthy potting mixes using plenty of organic matter – ideally from your own garden or nearby, is the best way to grow plants sustainability wherever you live.

These do not have precisely the same properties but will work for many applications.

Rather than using vermiculite to improve moisture retention, use coconut coir, or, better yet, locally available organic materials like bark, leaf mould and good quality composts.

Outdoors in the garden, adopting a no-dig approach and letting earthworms and other soil biota do their work will also help.

Rice husks are agricultural byproducts that can also be used to improve aeration in containers.

Organic matter will slowly break down and add nutrients to the soil, in addition to keeping soil or potting mixes optimal in other ways.

So for a sustainable, organic garden, if you wish to create the perfect growing conditions, incorporating more organic matter is always always the answer.