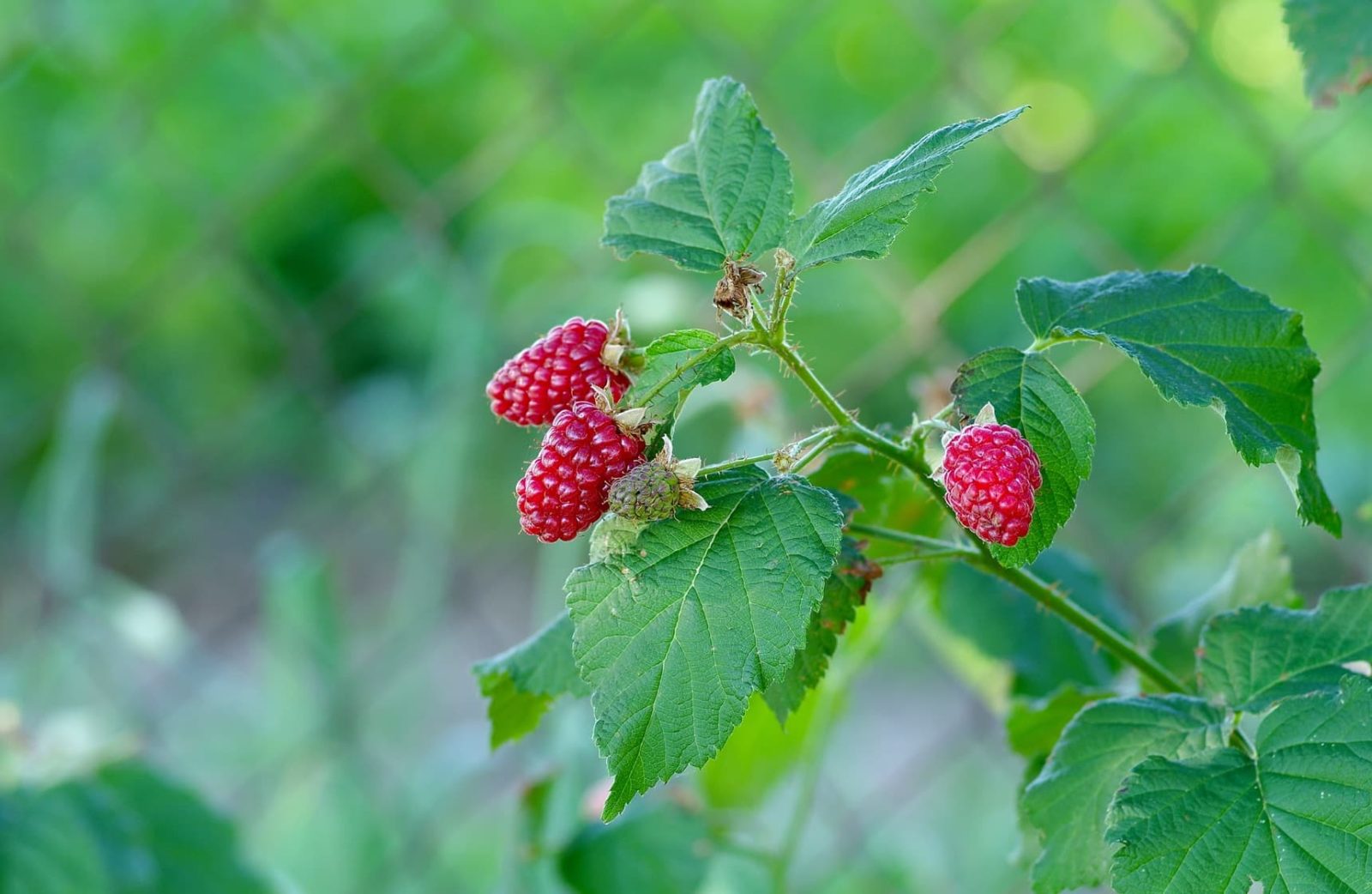 Ask someone to name their favourite berries, and it’s unlikely tayberry will make the list. Instead they’ll probably say strawberry, raspberry, blueberry, or blackberry.

This is where you can blow their mind by telling them about the tayberry: A patented cross between a blackberry and a red raspberry, the handiwork of one Derek L Jennings, who spent five years of his life striving to – and eventually succeeding in – creating a hybrid of the two popular berries.

Pop a tayberry in your mouth and you get the juicy aromatic sweetness of both, in a package closer in size to a large raspberry. For the uninitiated (which is most people), their first tayberry is often a revelatory experience. And this guide will teach you how to grow your own, so you can provide that revelation.

As we said in the intro, it’s a mix between a raspberry and a blueberry. It’s a testament to Jennings’ work and the assistance he received from the Scottish Horticultural Research Institute that the tayberry can now grow and propagate naturally in the wild.

The berry is suitable for use in cooking as well as eating raw, and although it’s not as common as either of its genetic parents, it can be found in many places around the UK. By following the steps in this guide, you can add your garden – and maybe the gardens of your friends and family – to that list of places.

Growing berry bushes in your garden is a good way to keep a steady stream of their delicious fruit flowing into your home. Although the bushes themselves aren’t as pretty or ornamental as some other flowers and shrubs, they do provide a nice rugged aesthetic that can work well.

Because many people won’t have heard of tayberry, growing a bush in your garden is a good point of interest. Depending on your reasons for gardening, having a plant that’s a guaranteed conversation starter could be reason enough in itself.

First you need to decide which variety to grow. Some, like Buckingham, don’t have thorns, which makes them a lot more manageable when handling the stems (while pruning or harvesting, for example). Also consider how much fruit each variety is prone to put out: Medana is known for giving a bountiful harvest.

Tayberries aren’t fussy, but certain conditions will encourage fuller growth than others. If you’re aiming for as much fruit as possible (and why wouldn’t you be!), try to find somewhere in your garden that gets a lot of sunlight, and where the soil can drain adequately.

How to plant Tayberry

Tayberry, like other berry bushes, isn’t grown from seed. Rather, you either buy a small, established plant and transplant it into your garden, or you get a cutting and grow that.

Once you’ve got your plant, simply dig a hole big enough for it to fit into, and pop it in. Water the topsoil gently to give the plant moisture, then keep a careful eye on it to ensure growth.

Tayberries do well if they’ve got a wall to lean on or some wires to support their vertical growth. A full-size tayberry plant can weight a lot, and helping them to counteract gravity a little bit can lead to fuller, stronger growth, and more fruit.

Fertilising a newly-planted tayberry with general fertiliser will help it to get the nutrients it needs to grow big and strong. After that, one round of fertiliser each spring should help the plant to maintain a healthy balance of nutrients. For subsequent feeds, you can use compost or mulched leaves.

Water your tayberry more than usual during its first year, as this will contribute to its ability to grow to its full potential. After that you can water less, as the plant will most likely get what it needs from rain and moisture in the atmosphere. During drought, give the plant a little extra.

It’s a bit confusing, so ensure you’ve got the right information for your bush. Doing so will give you the best shot at a rich and full harvest.

One of the main reasons to grow a berry bush is to eat the berries that grow on it. And tayberry is no different.

In the second or third year after planting you should notice a bountiful harvest of plump berries that range from red through to dark purple as they ripen. Harvesting is as simple as picking the berries, while taking care not to prick your fingers on the thorns if you’ve chosen a thorny variety.

The berries will keep for a few days in a dry, cool environment, or you can freeze them pretty much indefinitely. Be aware that freezing will make the berries mushy once they thaw out again, so this is only an option if you’re planning to cook with the berries.

We’d be remiss at this point not to advise you to incorporate tayberries into a crumble, whether alone or as part of a medley of autumn fruits (apple, blackberry, rhubarb, and so on). The humble crumble is one of the UK’s favourite desserts, and growing a berry bush in your garden practically demands that you pump them out on a continuous and relentless basis whenever you’re able.

To propagate, just cut 30cm or so from a mature bush. Then, once you’re ready to grow it, bury most of it a few inches below the ground. The cutting will begin to put forth roots, and should mature into a standalone bush soon enough. This is a great option for spreading tayberries into other areas of your garden, or to other gardens.

To expand a tayberry bush in the same area of your garden, you can bend an existing stem (don’t remove it!), and simply plant the end underground. This should then start to root, extending the mother plant and promoting new growth.

This berry bush is susceptible to a few pests, most of whom are opportunistic fruit-fanciers. Raspberry beetles and fruit flies are your biggest worry: Both take hold of a plant and abuse it in their own way.

These pesky critters are the same ones you see floating on the surface of any sweet or alcoholic drink you have the audacity to leave unattended for five seconds or more. They love fruit, and will invade tayberry bushes to get a taste of it.

Use a fly spray to purge swarms from your plant and, if possible, apply insecticide to the area where they’re laying eggs to prevent further spread.

Sadly these guys haven’t got the memo that tayberries aren’t raspberries, and will try their best to bother your plant. They burrow into berries and can give a distinctly unpleasant surprise if not discovered until you bite into one, so stay vigilant.

Dusting your tayberry’s leaves with insecticide after its petals have fallen off is the opportune time to prevent raspberry beetles making their home on your plant.

We hope that we’ve managed to convince you of the charm and splendour of tayberries in this article. It’s a rare treat to discover a new fruit, especially one that’s been growing under your nose for forty years. And with blackberries and raspberries being ever-popular members of the British garden harvest, the opportunity to combine them is one that shouldn’t be missed.

Growing tayberry in your garden is easy, quick and, if you avoid the thorns, painless. Soon you’ll have a thriving bush putting forth plenty of delicious, juicy berries, with which you can make many tasty treats.

So go forth and keep Mr Jennings dream of a blackberry-raspberry hybrid alive, by making your garden a sanctuary for this fledgeling plant to thrive in.