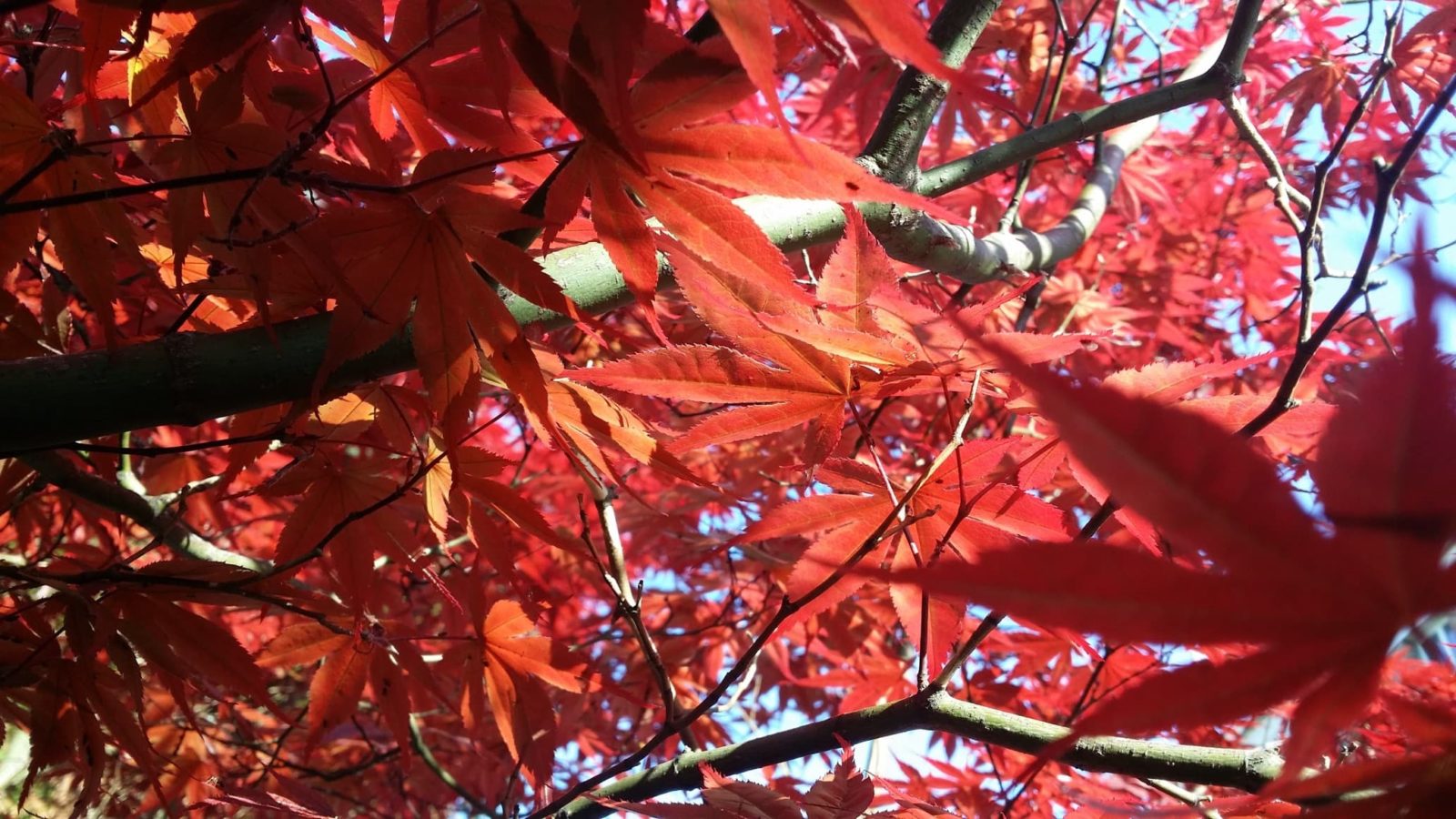 With Acers large and small it is usually best to keep pruning to a minimum but there will be some times when pruning may be required or desired.

Acers, both larger maples and small Japanese trees/shrubs often perform best when more or less left to their own devices.

Pruning excessively can often weaken the trees, and is often unnecessary.

However, there are certain occasions when pruning can be desirable.

Read on to learn why you might wish to prune Acers, when and how to do so.

Small Japanese acers are usually best when left to grow naturally, and pruning should generally be kept to a minimum. Larger maples may also be left largely to their own devices. However, there are certain reasons to prune and all Acers can be lightly pruned to achieve certain results.

When To Prune Acers

Acers of all types should almost always be pruned during the dormant period, between November and March.

When pruned during the growing season, Acers can bleed sap from pruning cuts, which can weaken or damage the trees. However, while winter pruning is best, you should also generally avoid pruning with temperatures are below zero.

Pruning in winter after leaf-fall also makes it easier for you to see the structure of your trees.

The only exception to this is when maples such as field maples are being used as part of a hedgerow. For hedgerows, maples are sometimes pruned not only during the winter, but also in late spring and sometimes also in September to keep them neat and in check.

How to Prune Acers

Larger maples are typically purchased as 2-3 year old trees. These will likely have already undergone a process of formative pruning to create well-shaped trees.

Formative pruning is not something most gardeners will have to consider.

However, if you are growing your maples from seed, or younger saplings or ‘maidens’ then some pruning may be required, largely on aesthetic grounds, to create a clear trunk and a well-spaced, nicely shaped canopy of branches.

Another reason to prune Acers is to restrict their size. Slower growing and small Japanese Acers will not typically have to be pruned for this reason.

They do not respond well to extensive pruning and should always be chosen for their height and spread. Make sure you choose a Japanese Acer which is suited to the position in which you wish it to grow.

But larger maples may be pruned to make them more suitable for growth in a smaller garden. On rare occasions, you may wish to prune even smaller trees to reduce size and width. To do so, simply trace longer branches back to a side branch and prune them out at this point.

Young maple trees can be pruned in their first winter to create a short trunk and a more shrubby growth habit.

Shorten these shoots to around 1/3 of their length to encourage them to branch in the spring. The following winter, shorten the main shoots a little.

To restrict the size of a mature large maple, it is also possible to carefully remove up to 1/3 of the canopy, though extensive renovation pruning is best undertaken over a number of years.

Where Acers such as field maples are being grown as part of a hedgerow, you may prune both in the winter, and in the late spring, taking down the height and reducing the width as required.

In certain cases, another pruning may be necessary in September to keep the hedgerow neat and tidy.

Pruning For Shape and Aesthetics

Japanese Acers will usually be pleasantly shaped when purchased, and extensive pruning for shape and aesthetics will rarely be required.

If your Acer creates a strong vertical shoot, however, which spoils the balance and appearance of the tree, you can prune this back to a side branch.

Some gardeners may also choose to prune Acers to achieve certain aesthetic effects – as in bonsai cultivation and other forms of decorative pruning or topiary.

Work with the natural shape of the tree to create visually pleasing forms, removing or shortening certain branches as desired. But take care not to overdo it. As mentioned above, Acers will often look best when allowed to grow in a more natural way.

If trees are growing naturally, and are not pruned for size, shape or aesthetics, then you will usually only stick to general, occasional maintenance pruning.

This involves simply checking over your Acers carefully and cutting out any branches which are dead, damaged or diseased.

You may also find tips damaged by cold weather which can be pruned off.

Other than removing any damaged material, you should not need to do much Acer pruning at all.

However, on mature Acers, it may sometimes also be helpful to remove any branches which are crossing or overly congested to open up the centre of the canopy to improve the health of the tree.

Whenever you are pruning Acers, you should always aim to avoid leaving stubs, since these can be prone to decay and die back. Always prune back to a well-spaced side branch wherever possible.

Remember, pruning Acers should be kept to a minimum, and should almost always only be undertaken during the dormant period.

Acers are a great low-maintenance option for your garden, and pruning them will not take up much of your time – if it takes up any time at all.