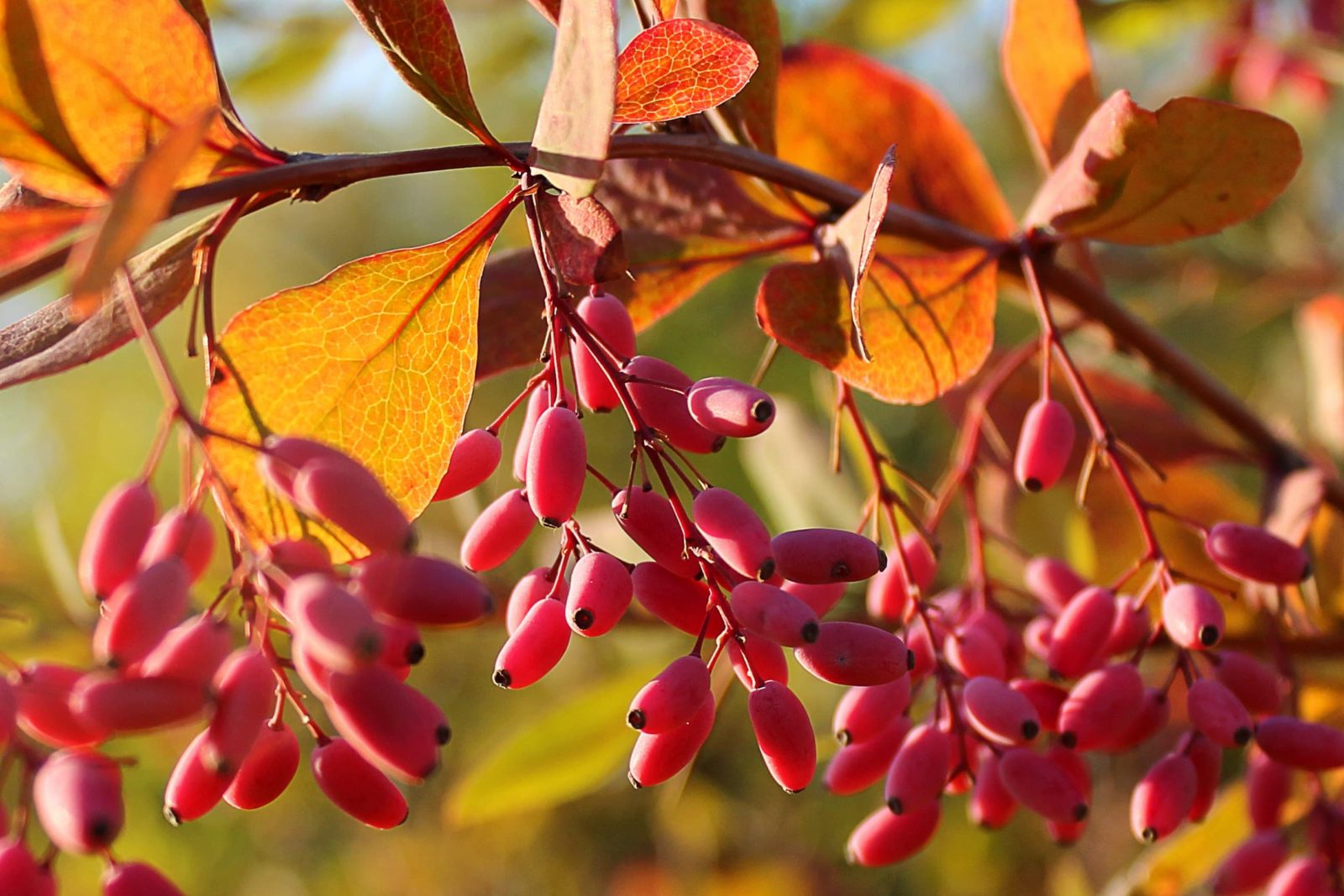 There are a number of different types of Berberis that make excellent choices for UK gardens.

Though they might not be the showiest of plants, these evergreen shrubs are extremely useful, both in the garden and potentially also for their yields in a productive system. And they can often be truly beautiful at certain times of the year.

Read on to learn more about these plants and why and how to grow them in your garden.

Berberis is the name given to a large genus of mostly evergreen shrubs that are found throughout many of the world’s temperate and sub-tropical regions. These plants are also commonly known as barberry. There are a number of different species within this genus, cultivars of several of which are common garden plants in the UK and in other similar climate zones.

Amongst those cultivars commonly grown as garden shrubs, there is a wide variety. There are taller growing species and shorter growing species, some spiny, some with ornamental leaves, flowers and berries.

Why Grow Berberis in Your Garden?

Berberis can be very useful shrubs for a range of reasons. They can be:

Types of Berberis to Grow

Berberis vulgaris is known as common barberry. It grows wild through much of Europe and is naturalized here in the UK and northern Europe. It is cultivated for its fruits in a number of countries. Traditionally, the berries have been used in jam making and in Iran, are commonly used as currants in rice pilaf.

Berberis darwinii is one of the two main parents for cultivated varietals in the UK and a very popular garden and hedging shrub here. It is native to southern Chile and Argentina and naturalized in many other places. Growing to an eventual height of 3-4m (or even taller) it is a thorny evergreen which bears stunning orange flowers in spring which are followed in summer by purple-black (edible though rather acidic) berries. This plant takes its name, of course, from Charles Darwin, who ‘discovered’ it in 1835 during the voyage of the ‘Beagle’.

Berberis thunbergii is the other main parent for many UK Berberis cultivars. It is also known as Japanese barberry, Thunberg’s barberry or red barberry. Native to Japan and east Asia, it is widely naturalised elsewhere and is common in UK gardens. It is a smaller shrub that typically grows to 1 m tall and around 2.5m wide. It’s leaves typically turn a glorious red in autumn, and it also bears its red fruits at this time of year. Pale yellow flowers appear in the spring. Unlike other Berberis, this one bears its flowers in umbels not racemes.

Berberis aristata is another evergreen shrub, hardy to UK zone 6 and not frost tender. It is also known as Indian barberry or Chitra and is native to the Himalayas. It flowers in around May and also produces edible berries which are commonly dried and used like raisins in India.

Berberis buxifolia is also known as Magellan barberry. It is native to South America but has occasionally naturalized in Britain. It is hardy to UK zone 5 and is not frost tender. Again, it has edible fruits, and some say that these are the best flavoured of the South American bayberries. Green unripe fruits can also be used like gooseberries in pies etc..

There are plenty of other bayberries. But the above are all interesting options to consider – both for aesthetic reasons and because these are the varieties with the most edible berries.

For both visual appeal and edible berries, Berberis darwinii is highly recommended. For the greatest year-round visual interest, Berberis thunbergii would be our top pick – though the berries on this are technically edible, however, they do not taste very good.

Top cultivars to consider include:

Where to Grow Berberis

All Berberis are, as mentioned above, relatively unfussy about where they are grown. However, for best results, they should usually be grown in moist yet relatively free-draining soil. You can use them to create a hedgerow, either a formal clipped hedge or a wilder and more natural hedge with mixed species. The latter is recommended for wildlife-friendly and eco-friendly garden design.

You can also place Berberis at the back of a bed or border with any aspect. Or even grow smaller and more compact Berberis shrubs in containers.

Most people will choose to purchase a Berberis shrub to place in their gardens. However, you can also propagate existing plants (perhaps in a friend or neighbour’s garden) by taking semi-ripe cuttings in the late summer or autumn.

Cuttings should be taken in the usual way and planted out in their final growing positions once the root systems have begun to form.

When planting out Berberis shrubs, make sure you dig a generous hole large enough to accommodate the root system. Add some home-made compost, leaf mould or other organic material into the planting hole to boost fertility. In areas where you feel a healthy fungal soil population may be lacking, it could also be a good idea to consider adding mycorrhizal fungi at this stage. Fill back in the hole, water generously, and mulch well around the shrub with organic matter.

Berberis are a great low-maintenance plant and usually require little care. They do not usually encounter many problems and once established, should not need regular watering unless the conditions are particularly dry.

One problem that can potentially arise is Berberis sawfly. Keep your eyes peeled for the small caterpillars and handpick these off the plants. Organic sprays are available, but are typically only effective at early larval stage. So picking off these by hand and staying alert is usually the best approach. Keep checking plants between April and October to stay on top of things. Act quickly if you see a few, as a bad infestation can decimate a hedge and leave it completely defoliated.

The only other care that Berberis will typically require is pruning. In wilder gardens, you can largely leave these low-maintenance shrubs to their own devices. You can simply prune them once a year as desired to maintain their shape.

If, however, you have a more formal garden and want a neat hedgerow, you will likely need to trim your Berberis twice a year. Remember that if you prune after flowering, the shrubs will not be able to produce their berries, so if you want to keep the fruit for yourself or for garden wildlife, give Berberis a trim only in the winter months.

Berberis is a very rewarding plant to grow. Whether you grow it for environmental protection for other garden plants, for aesthetic evergreen appeal in shrubberies or garden borders, or as part of a perennial food-producing system, it can offer great value to a gardener. So why not consider adding some Berberis to your garden?