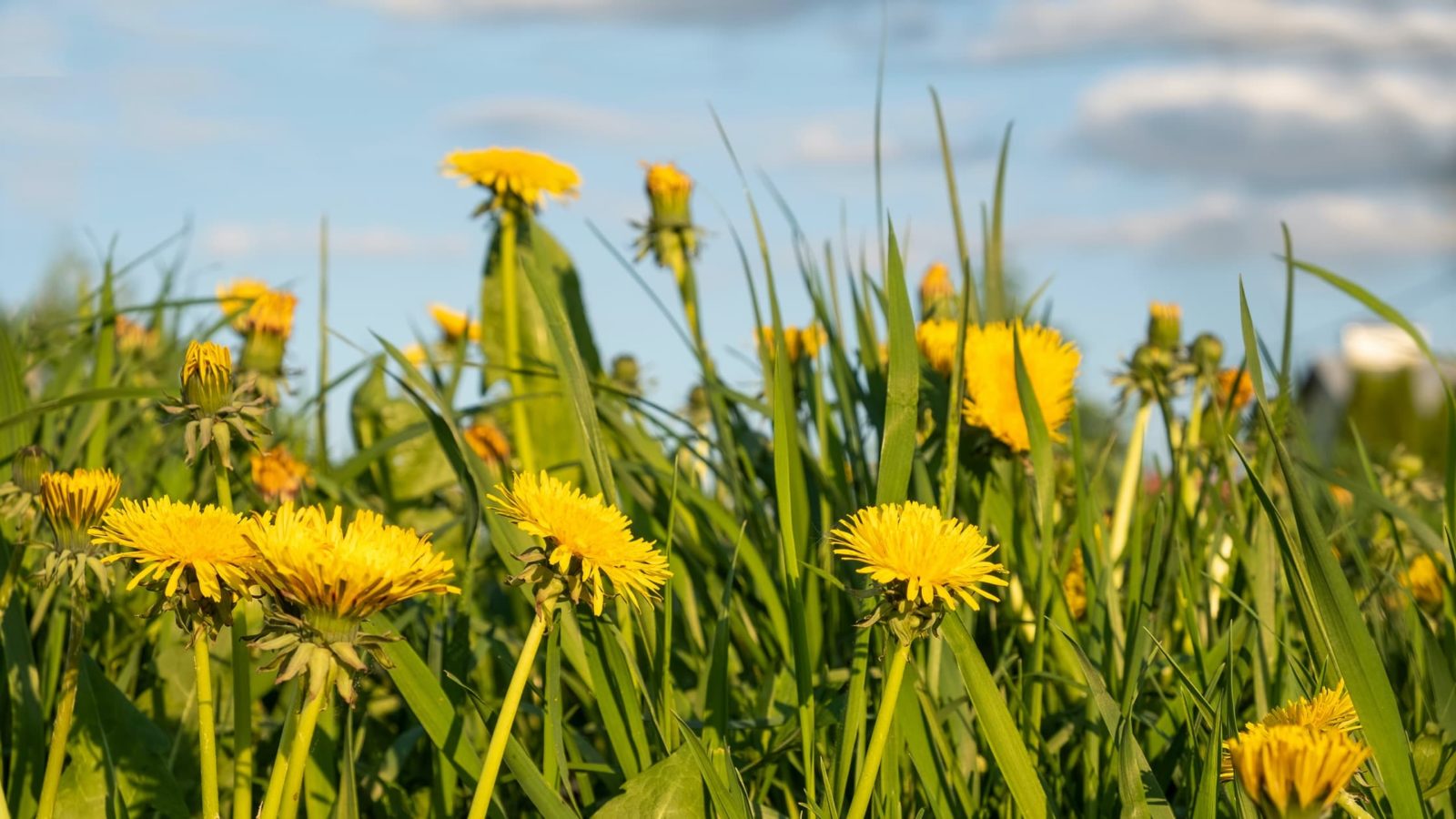 As a budding gardener, weeding is probably the bane of your life.

Whatever you do, they’re there. However much time you spend on your knees pulling them up, weeds will always return.

The constant battle of wills between you and these unwanted plant visitors will take up a huge amount of your time outside but, and this is a big but, there are ways to turn the tide.

In this article we’ll introduce four ways to slow the relentless encroachment of weeds into your lovely garden space.

These techniques vary from short to long term, and should be relevant to any gardener as a result.

There are a few tools you might need, but nothing major.

Most gardeners will have these things kicking around already, and if not, they’re not difficult or expensive to get hold of.

If you’ve got the luxury of time, covering your weeds with a light-blocking material is very effective.

The idea here is to starve them of the light they need to grow for weeks or even months until the plant dies off or is severely weakened.

Then when you remove the covering you’ve either got a bed that’s free of weeds, or a plant that’s much easier to remove than it would have been previously.

The image above shows a material called weed fleece which is specially designed for this job, although you have a lot of options.

Cardboard, for instance: unfolded cardboard boxes make great light-blocking mulch, and bring the combined benefit of decomposing down into compost.

For this method, simply cover the areas of your garden you want to weed and wait for a while.

You’ll be best off starting in February or March before the most aggressive growth begins, and the amount of time to leave them covered varies by species of weed.

Mulch is also an effective (and more environmentally friendly) option.

Bear in mind that some species can take a couple of years to kill off completely, meaning that unless you’re working with an area of your garden that you’re in no rush to use soon, you’ll probably need to combine it with some more active weeding once the cover is removed.

This is probably the most familiar and traditional method of growing weeds: get down on your knees and dig.

Then dig, dig, and dig some more.

Eventually, there’ll be a big pile of weeds next to you that used to be in the ground, and all the hard labour you’ve put in to get to that point will feel worthwhile.

Digging up weeds requires a certain amount of care, especially if they’re growing in a bed shared with flowers or vegetables.

You want to avoid accidentally hitting anything you want to keep, because even if you don’t dig it up entirely, damaging the roots can prevent the plant from growing properly.

Use a trowel or garden fork, depending on the species of weed you’re looking to remove and your personal preference.

Make sure to dig deep, and where possible to avoid leaving any root segments left behind.

A weed puller can also be an effective tool and its long handle can really help save your back!

Weeds are quite happy to regrow from small sections of root, and if you fill a bucket with just the tops of the plant, your hard work will quickly become redundant as a new crop of weeds takes their place.

Hoes are very useful garden tools, although they’re not used as much as they used to be.

If you’re one of many gardeners who don’t have hoes in their regular gardening arsenal, now may be the time to reconsider.

Hoeing is simple: just scrape the blade of the hoe gently across the top level of your soil.

This movement removes the heads of weeds and damages their root system.

The removed section then withers and dies on the top surface of the soil and, if you hoe regularly, the remaining roots don’t get a chance to regrow.

It’s recommended that you hoe in dry weather when the top of the soil has had time to dry out.

This creates dusty conditions on the top layer which makes it harder for new growth to germinate, increasing the effectiveness of your work.

Aim to be in a comfortable position as it may take you a while to cover the area you’re weeding.

There are plenty of chemical weed killers designed to get rid of persistent plants, but there are a few caveats to keep in mind before deploying this extreme treatment.

Firstly: it’s hard to apply a weed killer just to the weeds.

Spraying from above means other plants will get hit, and the chemical doesn’t discriminate between different types of plant.

It also doesn’t discriminate between plants and wildlife – meaning the application of weed killer is extremely damaging to pollinators such as bees and other local wildlife. [source]

Secondly: once you factor in the time required to bend down and carefully apply weed killer to each weed you do want to kill, the question arises of whether it’s more efficient to just dig up the weeds by hand instead.

Thirdly: weed killer can remain in the soil, causing damage after it’s been applied. [source]

Weed killer is recommended when you’ve got a particularly large or persistent weed wreaking havoc in your garden and, most importantly, when other techniques have failed.

There’s a reason that chemical weed killers are at the bottom of our list: we definitely suggest you try the other methods first.

If you do decide to use a weed killer, read the instructions carefully to make sure you’re applying it correctly and not damaging yourself or any other plants.

One of the best suggestions we’ve ever heard when it comes to weeding is to get the kids involved, and to guarantee their buy-in by turning it into a game.

Instead of letting on that weeding is actually tedious manual labour, tell them that whoever fills up their bucket first gets a prize.

Then watch as they scramble over each other to weed as quickly as possible.

One tip: make sure they know which plants are weeds!

There you have it: four foolproof techniques to remove weeds from your garden, tailored to different gardening styles and time availability.

No longer will your garden be held hostage by a relentless onslaught of weeds popping up between your precious plants and flowers.

Instead, you’ll be able to turn the tide and keep them in check, relegating them to their true position in your garden.

And while there’s always the knowledge that weeds will come back, no matter what you do, rest assured that these techniques will keep their numbers down and make things far more manageable.

We wish you the best of luck.