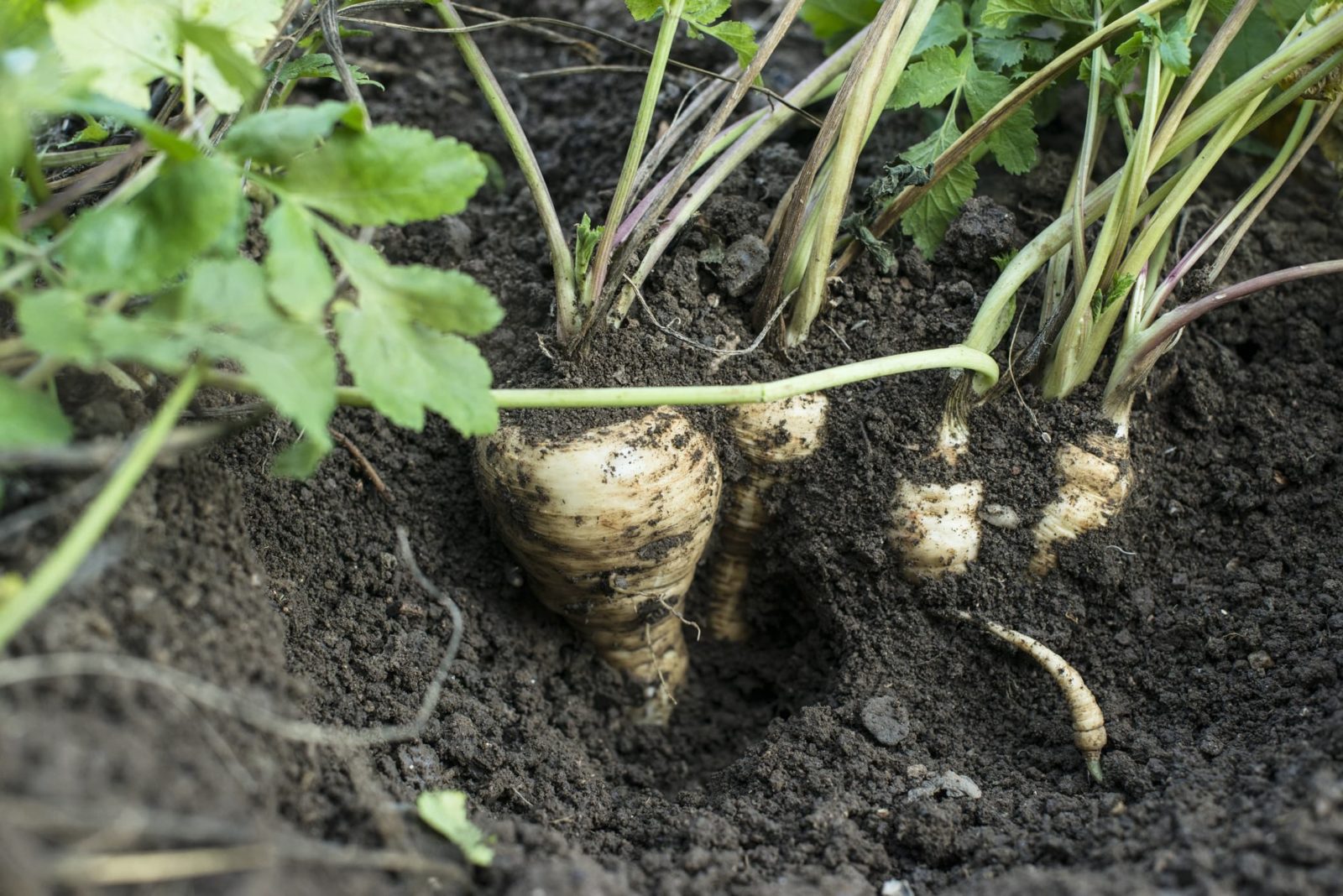 Parsnips are not everyone’s favourite, but good them correctly and they are truly delicious – a wonderful root vegetable to add to your home-growing repertoire.

Parsnips are great for home growers. They are pretty easy to grow, and won’t require a lot of care.

But as with any vegetable, as a gardener you need to know what they like, and what they don’t. You need to make the right decisions when it comes to the varieties you grow, where you grow them, and how you care for them in your garden.

Read on to find out all you need to know:

They are a root vegetable that is related quite closely to carrots and parsley.

This crop is usually grown as an annual, though like carrots and parsley, it is actually a biennial plant, which completes its full lifecycle over two years.

Parsnips are native to Europe and Asia and this plant has long been cultivated as an able crop.

They were definitely cultivated and eaten by the Romans, and in Europe, these roots were commonly used as a source of sugar before cane and beet sugars arrived.

Parsnips can be used like carrots and other root crops, though when cooked they can have a very sweet taste – especially after they have been touched by frost and the plant starches have begun to break down.

The type of parsnip grown in gardens today is a cultivated type, which derives from the wild parsnip. The wild parsnip is found in dry, rough grassland and waste sites, especially on chalk and limestone soils.

There are a number of named cultivars of parsnip for UK gardeners to consider. Some good varieties to consider are:

Where to Grow Parsnips

Parsnips will do well in a sunny and open site, but can also grow well in a light or dappled shade.

Most commonly, they are grown in traditional annual vegetable gardens – in raised beds or in the ground. But they can also be grown in pots or containers as long as these are sufficiently deep.

Parsnips can also be grown in fruit tree guilds, or the fringes of a forest garden. This can be beneficial because when you leave some of the roots in the ground until their second year, the plants will flower and can attract a range of beneficial predatory insects.

They can therefore be helpful in organic pest control and can help keep fruit trees safe. Parsnip roots are also said to emit a substance which is toxic to fruit flies.

One thing to note is that soil that is overly fertile can encourage the roots to fork. So while you should make sure an area is smooth and without stones, you should avoid adding compost or manure in the area where you plan to place them before sowing.

Parsnips can be sown as early as February in warmer and more southerly parts of the country. However, it is generally best to hold off and sow in March, April or even May.

Leaving it a little later before sowing will usually yield better germination rates and get plants off to a better start.

Sowing the seeds directly into the ground is generally the best policy for parsnips and other root crops, which do not tend to fare all that well with transplantation.

Sow thinly along rows, a little over a centimetre deep. The seeds do take a long while to emerge – often up to as long as three weeks. So don’t give up on your parsnips too early.

With parsnips and carrots and other crops which take a while to germinate, some gardeners like to sow quick germinating radishes in the same drill, to mark the row and give a quick crop before the parsnips need the space.

Personally, I like to sow parsnips in the same bed as carrots and onions.

Not only do they like similar conditions, planting these crops together also makes crop rotation easier and the onions help to keep carrot flies confused – and your crops safe.

Leeks and other long-season alliums can also work well in the same growing area.

Annual flowers can also make good companion plants for parsnips. These also repel, confuse or distract carrot flies and other pests with their strong scent.

Think about annual field meadow plants, like poppies, cornflowers etc. since these can also thrive in an area that is not overly fertile.

Strong aromatic herbs like rosemary or sage, for example, can also be placed close to parsnips, and could help in organic pest control.

Avoid planting parsnips near fennel, since fennel can have an allelopathic effect on a number of other plants growing close by.

Parsnips do have a long growing season and will remain in place in your garden for a long time, so this is something to consider. The good news is, however, that they will not require a huge amount of care over the course of the year.

Once your parsnip seeds have germinated, and the seedlings are around 2-3cm tall, thin them to give an eventual spacing of around 10-15cm between plants for good-sized roots.

Parsnips do not have overly high water needs.

Usually, they will not require a lot of watering unless the weather over the summer is particularly dry.

Giving parsnips a good soak every 2-3 weeks in dry conditions will usually be sufficient.

As mentioned above, parsnip roots can fork in overly fertile growing conditions. So parsnips should not usually be fed at all.

However, it can be a good idea to mulch between your parsnip rows with compost in the early summer.

This provides some fertility and gives your crop a boost. It will also bring the added benefit of suppressing weeds, which is generally the more important consideration.

Make sure you keep the area around them weed-free – especially while the seedlings are still small. Parsnips are slow-growing and can easily be smothered by more vigorous weeds.

Parsnip is not usually too troubled by pests or disease, but one problem that can occur is carrot fly. Companion planting, as mentioned above, can usually protect your parsnips from this pest.

Parsnip canker is another thing to look out for. This is a rot which starts at the top of the root with brown, orange or purple discolouration.

It is usually caused by water issues, overly rich soil conditions, or damage to the grown of the plant.

Make sure you avoid damaging the roots, don’t sow too early, water correctly and make sure the soil is healthy but not overly fertile and you should be less likely to see this issue.

If this is a persistent issue in your garden, consider growing more resistant cultivars like ‘Archer’.

Parsnips can be ready to harvest from around September onwards.

The roots can be lifted as soon as the foliage begins to die back towards the end of the season. However, parsnips are generally better harvested later, since their taste will improve after they are exposed to frost.

The roots can be left in the ground and harvested as and when you want them through the winter months. However, in areas where the ground freezes solid, you may like to lift and store your roots before Christmas.

Do not tug on your parsnips from above.

To make sure you get them out intact and do not damage them, use a garden fork to pry them up from the soil. That way, they will be in good condition and can be stored in a root cellar or other suitable spot to use up over the winter months.

In most cases, parsnips will store best when kept in the ground until used. If you do not have anywhere suitable to store parsnips traditionally, and cannot keep them in the ground, you can slice, par-boil and freeze them for later use.

As you can tell from the above, parsnips are a great choice for novice gardeners and are relatively easy to grow. So why not try growing some for your Christmas dinner and other delicious winter meals?