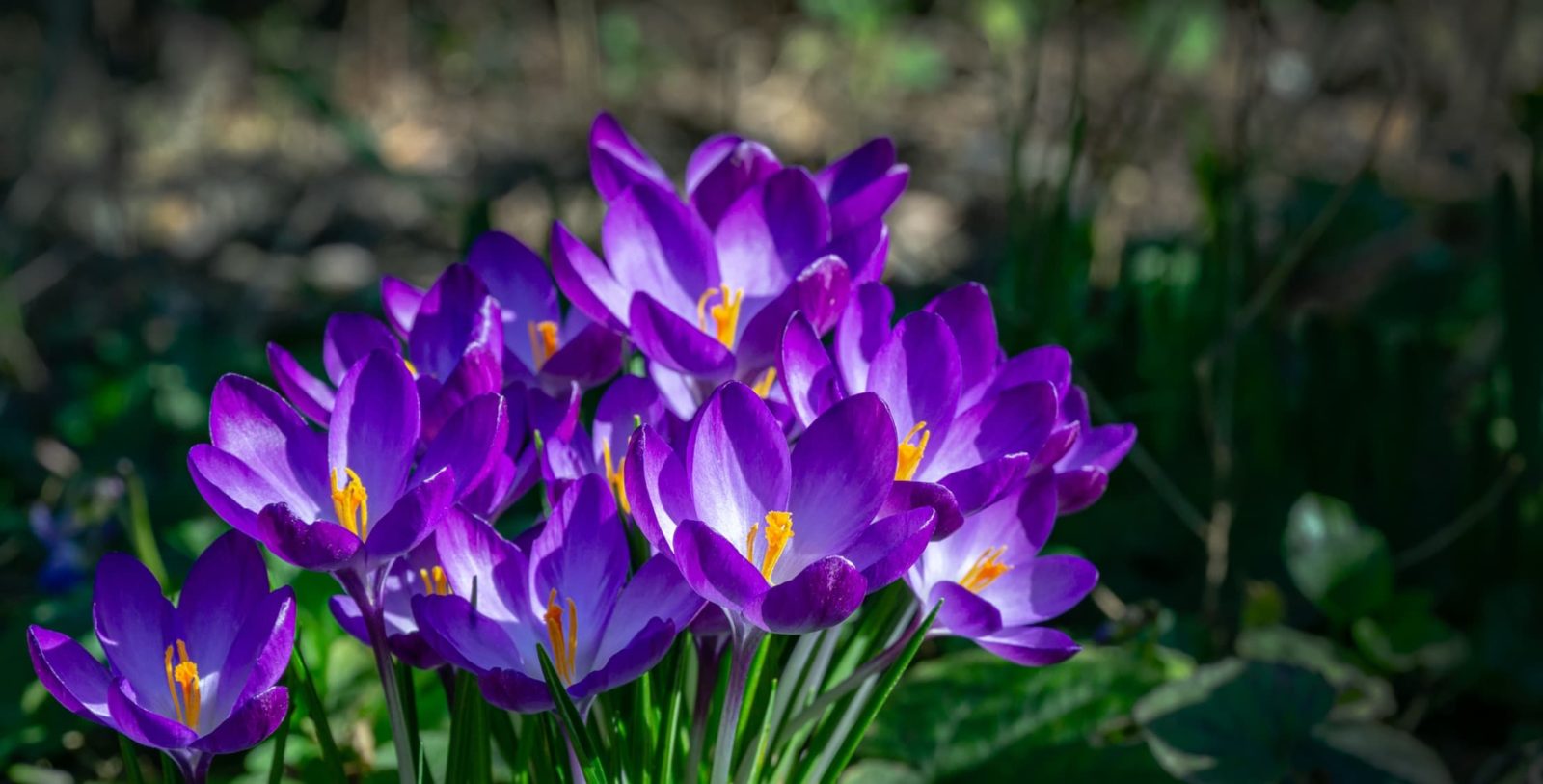 Winter flowering bulbs can provide a much-needed splash of colour and a mite of cheer to an otherwise drab display during the colder months of the year.

Characterised by short days and long nights, winter can become something of a slog for green-fingered enthusiasts.

Not only does the inclement weather prevent you from getting your hands dirty, but it also often kills off the carefully cultivated growth that you’ve fostered throughout the year.

That can leave your garden looking rather forlorn and forgotten, especially when branches are bare and lawns are covered in a blanket of snow.

However, by selecting the appropriate bulbs and planting them with adequate preparation time, you can ensure that colourful blooms brighten up your garden just when it (and perhaps you!) need it the most.

Thankfully, there are a wide variety of winter flowering species to choose from, all of which are far hardier than their fair-weather counterparts and will often survive the frosts of the season to surge back resilient next year.

The following selection includes just some of the options open to you, all of which should be planted at least a couple of months before the first frost to give them the best chance of survival.

Others will require you plant them into the soil as early as summertime to allow them to properly establish themselves.

If any doubt, read the label which came with your bulbs or else ask for advice at your local gardening centre.

1) Glory of the Snow (Forbes’ Squill)

It’s not known as ‘Glory of the Snow’ for nothing!

This starry-shaped early bloomer will unfold its delicate blue petals long before any of your spring-flowering selection consider braving the elements.

Chionodoxa should be planted in early autumn (September is ideal) in well-draining soil and in full exposure to the sun.

It also works decidedly well underneath deciduous trees or shrubs, since its propensity for February blooming means that it will emerge before the foliage above it has time to spring forth and block its sunlight.

Crocus bulbs are actually known as corms and produce vibrant bursts of purple, white and yellow from late winter through to mid-spring.

They’re easy-going plants that can be planted anytime between August and November, thriving best in full sun and well-drained soil.

They’re also a welcome source of nectar for bees and other pollinators just emerging from their hibernation cycles – but be aware that rodents also enjoy their foliage, so plant them next to less tasty offerings (like hyacinths) to deter unwanted snacking.

With their first flowers appearing in the depths of January, cyclamen coum is one of the hardiest species of winter-flowering bulbs.

Don’t let that fool you, though; it’s also one of the most impressive you can incorporate into your winter arrangements.

Plant it in September and October in moist soil, but don’t let its leaves get overly wet or they may succumb to rot.

Easily recognisable by their trumpet-like blooms and profound shades of white and yellow, daffodils come in a variety of different species which are sure to complement any existing aesthetic you have in your garden.

Most of them will bloom from March onwards, but some, such as “February Gold”, will brave the elements even earlier.

They should be planted sometime in autumn (September to November, though an earlier date will normally precipitate an earlier bloom) in full sun and well-drained soil.

Once the flower show is over, deadhead the plant and allow the foliage to die back naturally so that it can re-emerge triumphant the following year.

Irises have long been associated with French monarchy, thanks to their starring role as the “fleur-de-lis” on many royal fripperies and fancies.

While most varieties wait until summer to put on a show, certain species, like the iris reticulata pictured above, will blossom in late winter.

Regardless of variety, bulbs should be planted in the autumn months and are quite fussy about their location – it must be well-draining and in full view of the sun.

Comply with those conditions, however, and you’ll be rewarded with spectacular purple and blue petals with a yellow splash in each centre in late February or early March.

A native of Russia and the Caucasus region, Scilla Siberica knows a thing or two about withstanding wintry temperatures.

Indeed, its origins in Siberia mean that it’s well-equipped to handle even the worst ravages of the British climate and will do just fine in almost all soil types.

Get it in the ground from September to November to enjoy its delicately drooping bell-shaped blooms and slim, straplike leaves as early as March.

It’s a willing self-seeder and will propagate into large clumps with the minimum of assistance.

Snowdrops are the archetypal flower that springs to mind when considering bulbs that bloom in winter.

With its iconic drooping white petals and dainty, slender stalks, it’s almost an image of the season itself.

There are a wide variety of Galanthus available these days, with galanthophiles falling over themselves to pay top dollar for just one bulb.

However, there’s no need to break the bank to get your hands on species like “Flore Pleno”, which will take root wherever you sprinkle them.

Get them in the ground in October and November to enjoy a spectacular and natural-looking display come late winter.

So, technically speaking, winter aconite is a tuber, not a bulb – but it shares many of the same characteristics and demands much the same in the way of planting and maintenance.

These fussy plants can be a little difficult to establish, which is why it might be an idea to plant them in pots initially – before transplanting them to the ground once they’ve fully taken root.

In any case, you should look to plant in September or October, while they’ll deliver your reward in the shape of February or March blooms.

And when it does arrive, you’ll soon see it was worth the effort.

Characterised by delicate cups of brilliant yellow atop a ruff of bright green foliage, winter aconites look for all the world like buttercups enjoying a winter holiday.