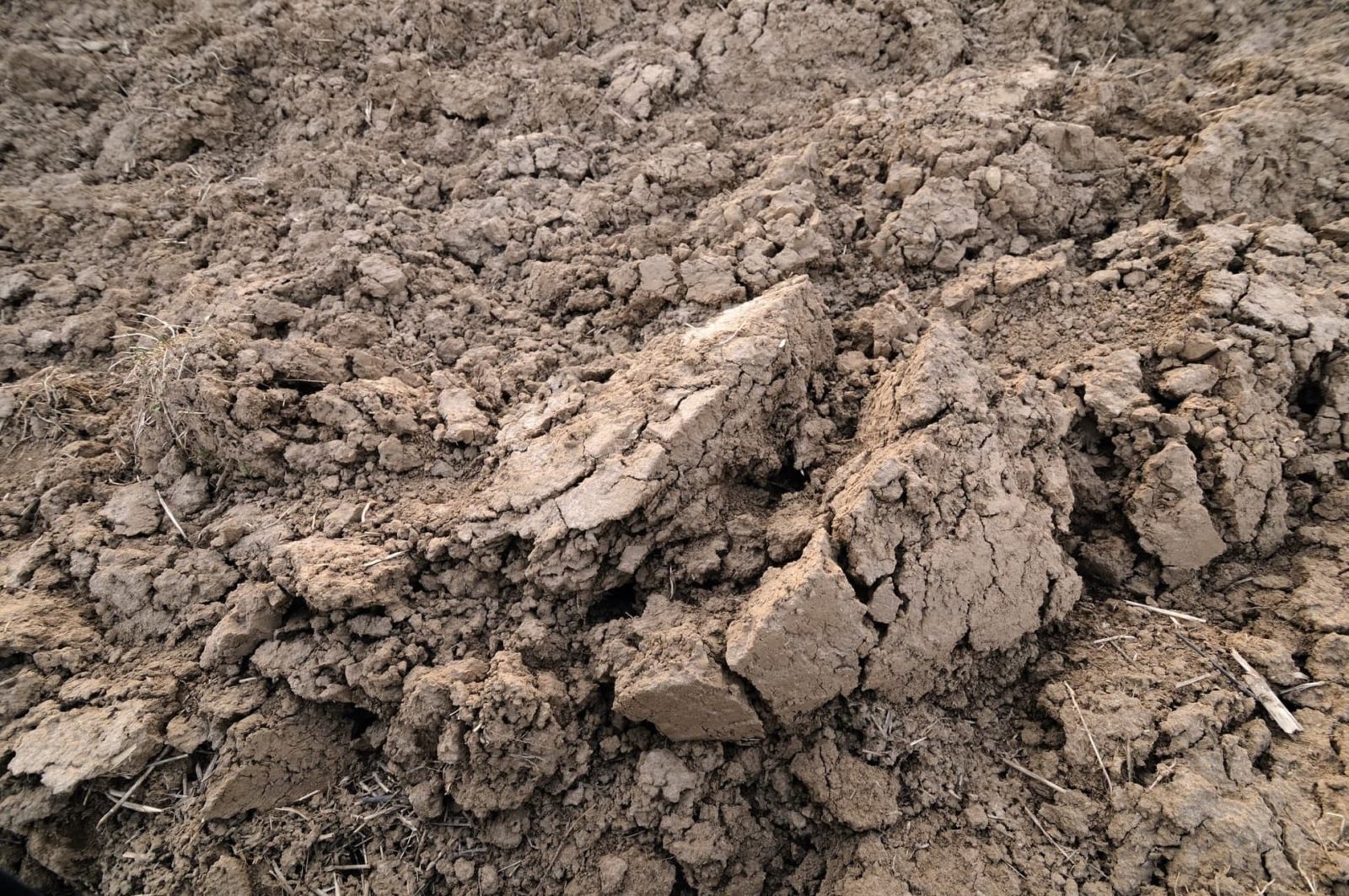 Gardening on clay soil can have its challenges and limitations, so why not embrace it and grow plants that will thrive in clay conditions, rather than battle against it?

If your garden is on clay soil, you probably already know that it can be rather hard work to work with.

Clay soil tends to feel slightly sticky to the touch and can become bone hard in the hottest months and waterlogged during the rainy season, but it can also be very fertile.

Clay soils can be improved by adding organic matter and composted bark, either worked into the soil or left as a mulch for the worms to incorporate into the layer beneath.

But this can be time-consuming and lots of work.

The other alternative is to grow plants that positively love clay soils. We’ve put together a selection of plants that will embrace clay soil and thrive, rather than limp along sulkily.

Fuchsias are popular here in the UK for good reason.

Hardy fuchsias are reliably hardy and can survive temperatures of down to -10°C. They can be deciduous or evergreen shrubs that grow well in clay soils and come in a wide range of colours from cool white and pink to vibrant red and purple.

The flowers are stunning in their pendant form and can be either single or double. Usually smallish shrubs, they are perfect for most gardens, though some can grow very large.

Fuchsias like to be planted in moist and fertile soil and prefer full sun or part shade. They require a sheltered spot, so it’s best to avoid a windy and exposed site.

Bees love their flowers and fuchsias are included in the RHS plants for pollinators selection.

Fuchsia ‘Lady Boothby’ is a vigorous variety producing vibrant red and purple flowers from June until September.  It is perfect for the back of a border, growing up to H4m x W1.5m.

Viburnum tinus or ‘laurustinus’ as it is sometimes known, is a large evergreen shrub which produces wonderful clusters of pink buds which turn to white flowers in late winter.

It can be grown as a hedge, but is often used as a specimen shrub in a border.

Viburnum tinus will grow in any moist, but well-drained soil. An adaptable and hardy shrub, it will grow in either full sun or shade, but prefers a sheltered spot away from cold winds.

Potentially growing up to H4m x W4m over time it can be kept to size through annual pruning in spring after flowering.

For a smaller variety, Viburnum tinus ‘Eve Price’ is still a sizeable shrub and will eventually reach H2.5m x H2.5m

With light green leaves, it produces frothy yellow flowers extending above the foliage during the summer.

Growing to roughly H.5m x W.5m it will tolerate any soil, including clay. It’s a hardy and tough plant and will happily self-seed if you let it.

Perfect as ground cover or at the front of a border it will even happily grow in shade, as well as full sun.

Perfect in a cottage garden scheme or for softening hard landscaped edges.

Being perennial, it will die back over winter, but if cut back after flowering it will produce fresh new growth and even flower again later in the summer.

Roses are often the summer show stopper of a British garden and can thrive in clay soils, but may struggle if the roots become waterlogged due to poor drainage.

Drainage in heavy clay soils can be improved as mentioned earlier, by adding organic matter to the soil.

From small patio varieties to larger shrubs and climbers there is a rose for every garden.

Roses tend to love as much sun as they can get, but thankfully there are some varieties that don’t mind receiving a little less.

English shrub rose ‘Harlow Carr’ is one such rose and will happily cope with partial shade.

It produces the most perfect pink scented flowers on a bushy habit, ideal for a border or container it grows to H.9 x W.9m.

A repeat flowering rose, it will bloom from early summer right through until the autumn if deadheaded.

Better known as the snowy mespilus or juneberry, Amelanchier lamarckii are deciduous shrubs or small trees.

They are a great choice for any garden as they produce beautiful delicate white flowers in spring, good autumnal foliage and berries.

Amelanchier lamarckii will grow in clay, loam or sandy soil, in either full sun or part shade. Growing to an eventual size of H12m x W8m, they need to have room to flourish.

Easily available here in the UK. They can be bought as single stem or multi-stem trees and as a bush.

It is a wonderful tree or shrub to attract wildlife into your garden as birds love to eat the berries it produces.

If you are looking for a climber that is happy in clay soil then the climbing hydrangea or Hydrangea anomala subsp. Petiolaris is definitely worthy of consideration.

A self-clinging climber, it produces large white flower heads up to 20cm across between May and June.

Tolerating clay soil, it can grow to an excess of H12m x W8m. It is an extremely versatile climber which will grow in either full sun or part-shade and can even cope with a shady north-facing wall.

Having proven to perform reliably well it has been awarded the Royal Horticultural Society Award of Garden Merit (AGM).

Hardy geraniums or cranesbill geraniums are generally very easy to grow, tolerating all but the heaviest clay soils and being waterlogged.

Requiring minimal maintenance, they can bloom for months on end during the summer months and brighten up any border.

As a perennial, they will die back after the first frost with new growth appearing in spring. Generally hardy geraniums will grow in full sun to part shade and do best in a moist, but well-drained soil.

If there was one to grow it must be Geranium ‘Rozanne’. Growing to H.6m x W.6m it is perfect for a border or container and produce masses of violet-blue flowers from June until the autumn, if deadheaded.

Astrantia or Hattie’s pincushion as they are sometimes known, are a group of summer flowering herbaceous perennials.

Tolerating full sun, but preferring part shade, they will grow in clay or loamy soils as long as they are not allowed to dry out.

Growing to a maximum of H1m x W.5m they are well suited to a border or a pot and will bloom from June through to August.

Better known as dogwoods, cornus are a group of deciduous shrubs.

Often grown for winter interest, some have wonderful stem colour to brighten up a border on a winters day and others are grown for their pollinator-friendly flowers.

The dogwoods grown for winter interest include cornus alba, sericea and sanguinea and are very tolerant of heavy clay soils and will often do well where other plants have failed. Cornus alba ‘Sibirica’ is a great variety that produces stunning red stems that turn almost crimson during the winter and cream flowers in early summer.

Growing to H2.5m x W2.5m it prefers a sunny or part shaded spot and moist, but well-drained soil.

Originating from Siberia it is naturally hardy and is a great shrub to add some winter colour to the borders.

Originating from Japan and China, hostas are easy to grow and are mainly favoured for their beautiful foliage.

There are many to choose from, varying in leaf colour, size and shape and most flower on tall stems rising above the foliage.

In general, hostas are happiest in the shade and are perfect in a container or a border. Some varieties are more tolerant of sun than other so it worth checking before you buy.

Once planted, hostas tend to look after themselves, only requiring deadheading and their dead foliage removed in winter. As a perennial, new foliage will emerge in the spring. They are however, a favourite of slugs and snails!

Wool pellets or copper rings around the base of the plants are advised for protection, particularly as new foliage emerges.

Hostas are considered hardy here in the UK and prefer fertile and moisture-retentive soil.

If you garden on clay, improving the soil can go a long way, hopefully allowing you to grow a wider range of plants. However, there are some plants, as above, that love fertile clay soil, so why not embrace what you have got and work with it, rather than against it?